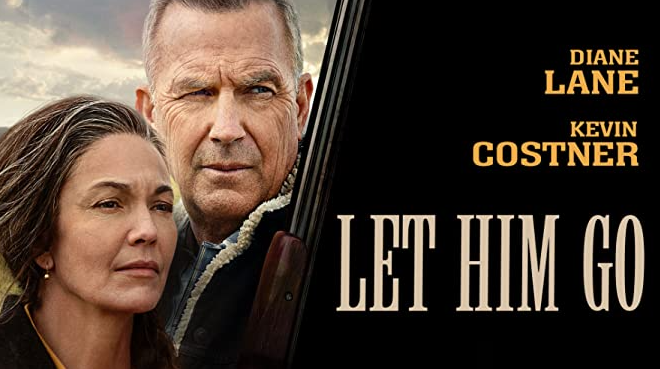 This past holiday weekend HBO offered up a new movie to subscribers from Focus Features entitled LET HIM GO. We had no reviewer for this movie but we wanted to inform viewers nevertheless. It is classified as an American neo-Western film and it stars Keven Costner and Diane Lane. 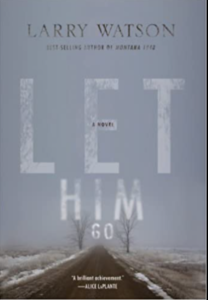 The 114-minute R-rated movie is based on a novel of the same name by Larry Watson and had an unhealthy theatrical run due to the pandemic in late 2020. Critics liked it well enough, for example, CinemaScore gave it a B-, and seems to have a sturdy life after its cinema run.

In the story, we begin in 1961 Montana where retired sheriff George Blackledge (Kevin Costner) and his wife Margaret (Diane Lane) live with their son James (Ryan Bruce), his wife Lorna (Kayli Carter), and their newborn grandson, Jimmy. One day while James is out riding his horse, Lorna readies a sink bath for Jimmy. While they are bathing Jimmy, the wild horse comes running back through the farm without its rider. George finally finds James dead alongside a creek.

A few years later Lorna remarries and the couple leaves with Jimmy and ends up resided with an ‘off the grid’ clan that does not meet the approval of the Blackledge’s. They are faced with the dilemma as it is learned that Lorna fears for her and her son’s safety. How the Blackledge’s deal with the situation and the dangerous brood holding their family is the main plot of the story and what must make for the physical action in the work. The movie’s title is a plea to let their grandson go and stop tormenting them. 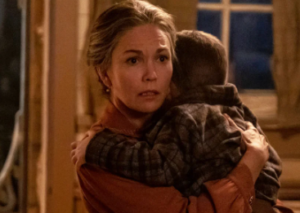 I can’t help but think that a subtext to the tale has to be the mental anguish that must linger with George & Margaret over the senseless loss of their son. A lesson in grief must also be present here. Though grief is a process, you hope that it does not consume a person’s life to the point that they cannot move forward in life. I suspect that the Blackledge’s are struggling to let him (James) go. Rallying to help their grandson must be the factor that movers them past debilitating grief. Watch the movie and find out. We close with more critical response with this good comment from The Globe & Mail – “A skillfully executed thriller that is narrowly aimed at one demographic – audiences over 50 who like a little violence with their late-life dramas – but succeeds at entertaining just about anyone who comes across its dusty, blood-soaked path.” And the RT rating:

Find LET HIM GO, which debuted Saturday, July 03, 2021, across HBO’s platforms and on HBO Max.