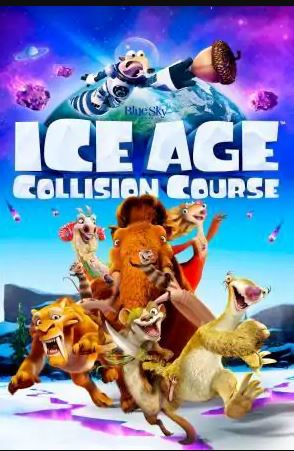 HBOWatch Editors were not able to line-up a writer to review ICE AGE: COLLISION COURSE, the fifth in the franchise from Blue Sky Studios. Nevertheless, we draw your attention to this film as it debuts on HBO on SATURDAY, MARCH 18 at 8:00pm. It all started with Ice Age in 2002. That is where you first meet Sid the sloth, Manny the mammoth, Diego the saber-toothed tiger and Scrat the…what is he?… oh yeah, the saber-toothed squirrel. That led to Ice Age: The Meltdown in 2006, Ice Age: Dawn of the Dinosaurs in 2009 and Ice Age: Continental Drift in 2012 before this, the fifth and final entry to date.

In Ice Age: Collision Course the Earth is in peril and it is all because of Scrat. As usual, he is obsessed with his acorn. He tries to find a place to store it but before he can stick it in the ice, he falls through the ice instead. He ends up finding it underground and placing it on a hidden UFO. Needless to say, the saucer takes off sending the critter and his nut out into space. In all of his scurrying ineptitude, he causes an asteroid to go off course and to line up perfectly with Earth; and thus, the title of our story.

As for the rest of the Ice Age friends? Well, Manny, Sid, Diego and the rest of the herd, as these characters have created quite a posse by now, learn of the pending collision and plan on stopping it with the assist of colorful characters including one voiced by Neil deGrasse Tyson. Exactly telling you just how they divert the asteroid in the nick of time because you know they do, right, would be a spoiler. But, trust me, they do and along the way this merry band of mammals finds life mates and happiness once again. Aww.

So how does this sequel stand up? Well, the actors haven’t given up on it. John Leguizamo as Sid, Ray Romano as Manny, Dennis Leary as Diego and Chris Wedge as Scrat. They are joined by other returning voices like Queen Latifah, Jennifer Lopez, Wanda Skyes and Jesse Tyler Ferguson. Only you decide if you want to gather the family around Ice Age: Collision Course, regardless of what Rotten Tomatoes says: