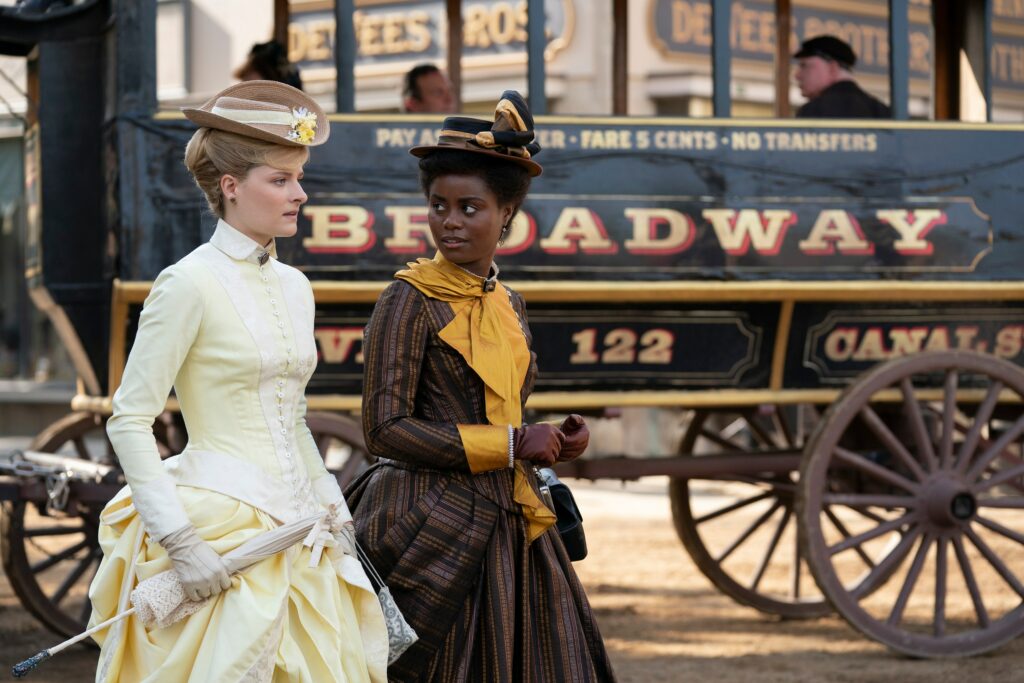 HBO’s newest period drama The Gilded Age tells the story of Marian Brook who finds herself moving to New York City following the death of her father to live with her two aunts. Accompanied by her friend, an aspiring writer, she finds herself entangled in the drama, politics and money of a society on the brink of the modern age. Written by Julian Fellowes and starring Carrie Coon, Cynthia Nixon, Oliver Platt and Nathan Lane, it will premiere on HBO and Sky Atlantic, as well as being available to stream online through HBO Max.

Sling TV is a cost-efficient streaming service to which you can add an HBO subscription for $14.99 a month. Via Sling TV, you can stream The Gilded Age from your phone, tablet, or laptop.

By subscribing to AT&T’s streaming service, AT&T TV NOW, you’ll be able to view The Gilded Age and other HBO shows as soon as they air. Subscribers of AT&T TV NOW can add an HBO subscription to their base package and watch a wide variety of HBO content online.

It’s tempting to turn to illegal online methods of obtaining stellar entertainment such as The Gilded Age and other HBO shows. However, downloading or streaming pirated content can open you up to legal ramifications and a host of viruses. Moreover, behind your favorite HBO shows are numerous hard-working and talented individuals whose payment is not only well-deserved but needed if they are to continue bringing the stories we love to life.

Why take a risk when there are so many legal and convenient ways to view The Gilded Age and your other favorite HBO shows online?

We hope that one of these options appeals to you if you’re trying to stream, download or watch online.  It isn’t easy for those on a budget or unable to subscribe to HBO to watch the shows live online but if you’re willing to wait a bit there are plenty of paid options to get the job done.  And who’s to say HBO won’t open up even more in the future!