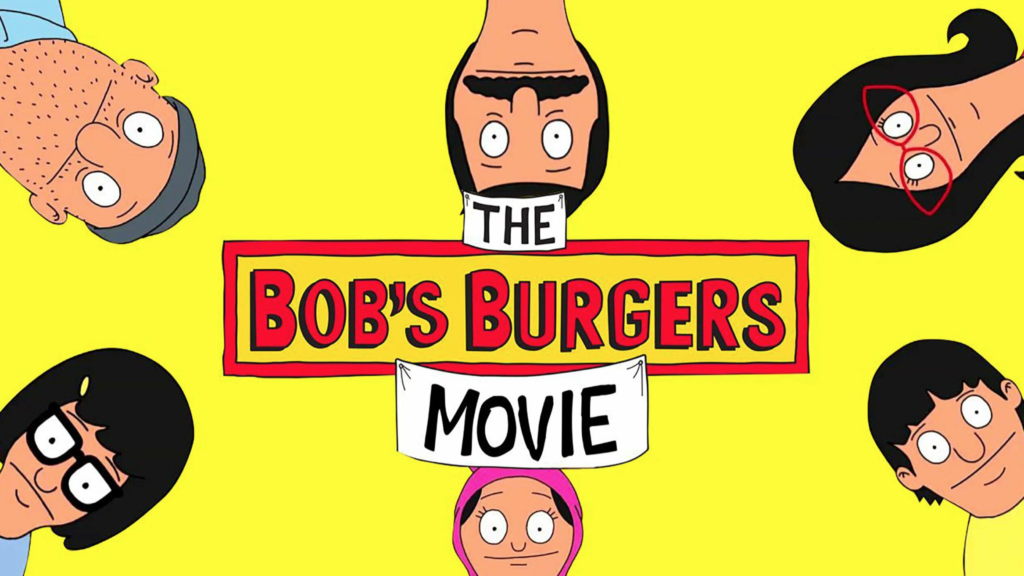 I can barely contain my glee sitting here writing this review because this is my favorite show. Right now especially because my partner also loves it, but honestly probably of all the shows I’ve ever watched this is my favorite. This show is never not on in my house. It’s literally on right now as I do this. When the movie was announced I could not handle it. Finally getting to see it, I couldn’t believe how perfect it was.

First of all, if you’re familiar with Bob’s Burgers, then everything about the movie should feel like nothing more than an extended episode. In fact, straight from the opening credits you know exactly what you’re getting into. But for the uninitiated, welcome to the Belcher family and hold on for the ride! Keep your hands and feet inside the driving clamshell and watch out for the sing-a-long numbers! The show follows patriarch Bob (H. Jon Benjamin), mom Linda (John Roberts), eldest daughter Tina (Dan Mintz), middle child son Gene (Eugene Mirman), and youngest Louise (Kristen Schaal). The show’s steady plot line over twelve seasons is the reality of owning a restaurant and having kids i.e. no money. The diner is constantly on the brink of collapse, but the movie pushes it to the ultimate stakes. They have a week to pay the loan on their restaurant equipment or the equipment will be repossessed and the diner will be no longer. Cue the sinkhole in front of their front door in the never-ending ability of the universe to screw them over. 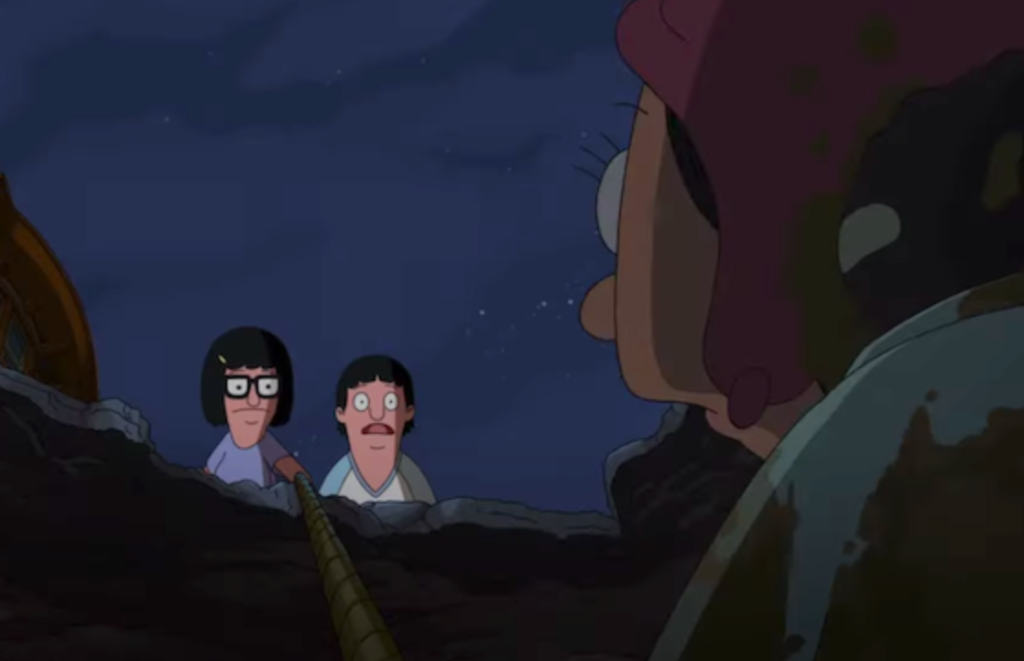 Also driving the plot is the appearance of a corpse in said sinkhole and Louise’s determination to solve the crime. Of course, she has her own hat related reasons for her choices. Dealing with teasing is never easy. I had a miserable childhood. But Louise is out to prove she isn’t a B-word. And by B-word, I mean baby. There’s also Tina who wants to escalate things with her crush, Jimmy Jr. (H. Jon Benjamin). I’m sure it’s due to his talent in voice work, but I can’t help but laugh in that Freudian way that Tina’s crush also voices her father. Gene as usual is struggling for the spotlight and wanting to be a star or at least make music with a napkin holder and spoons. If they can get me behind the idea of straw music (Season 5, episode 17), I have faith Gene could make some decent music with a napkin holder.

The movie is chalk full of amazing show references. If you’re a fan of the show, you might recognize Ghost Boy, the One-Eyed Snakes, and of course the eccentric Fischoeder brothers, Calvin the landlord (Kevin Kline) and Felix the freakish (Zach Galifianakis). Can’t forget the carnies either! The musical number with them especially was just killing me. Talking with a friend, she had seen only a few episodes before seeing the film and didn’t realize how musical it might be. While some singing appears early in the show, it takes a musical turn in later seasons with singing becoming more common by the last season. At first watching the show, I wasn’t sure I was sold on it but now that I’ve seen the movie, I can’t stop singing “Sunny Side Up Summer” and “Lucky Ducks.”

The beauty of this show and why I always recommend it is because at the base of it all, it’s a story about family. It can get dark at moments and there are certainly some swears, but overall the point of each and every story comes back to this family and how they love each other. And it’s impossible not to watch the film and root for them to figure it all out. Animated comedies are not for everyone, but the reason that this stands apart from South Park or other animated shows is that the core message is family and how they get you through all the ups and downs. And if there’s any type of programming we need these days, it’s the light-hearted family dynamic of the Belcher clan making sure we know we aren’t alone. In fact, they’re just the family I need these days. Watch the opening number and see if they’re the family you need too. The Bob’s Burgers Movie will premiere on HBO this Saturday, July 23rd.