The spring  2019 film, Ma, is HBO’s Saturday night feature presentation this weekend. It stars Academy Award Winner, Octavia Spencer, as a lonely woman who befriends a group of local teenagers. From the previews, she’s socially awkward, sinister, and up to no good. But, as things get going, you learn, that Sue Ann or Ma, as she prefers to be called, is all types of a bad time. 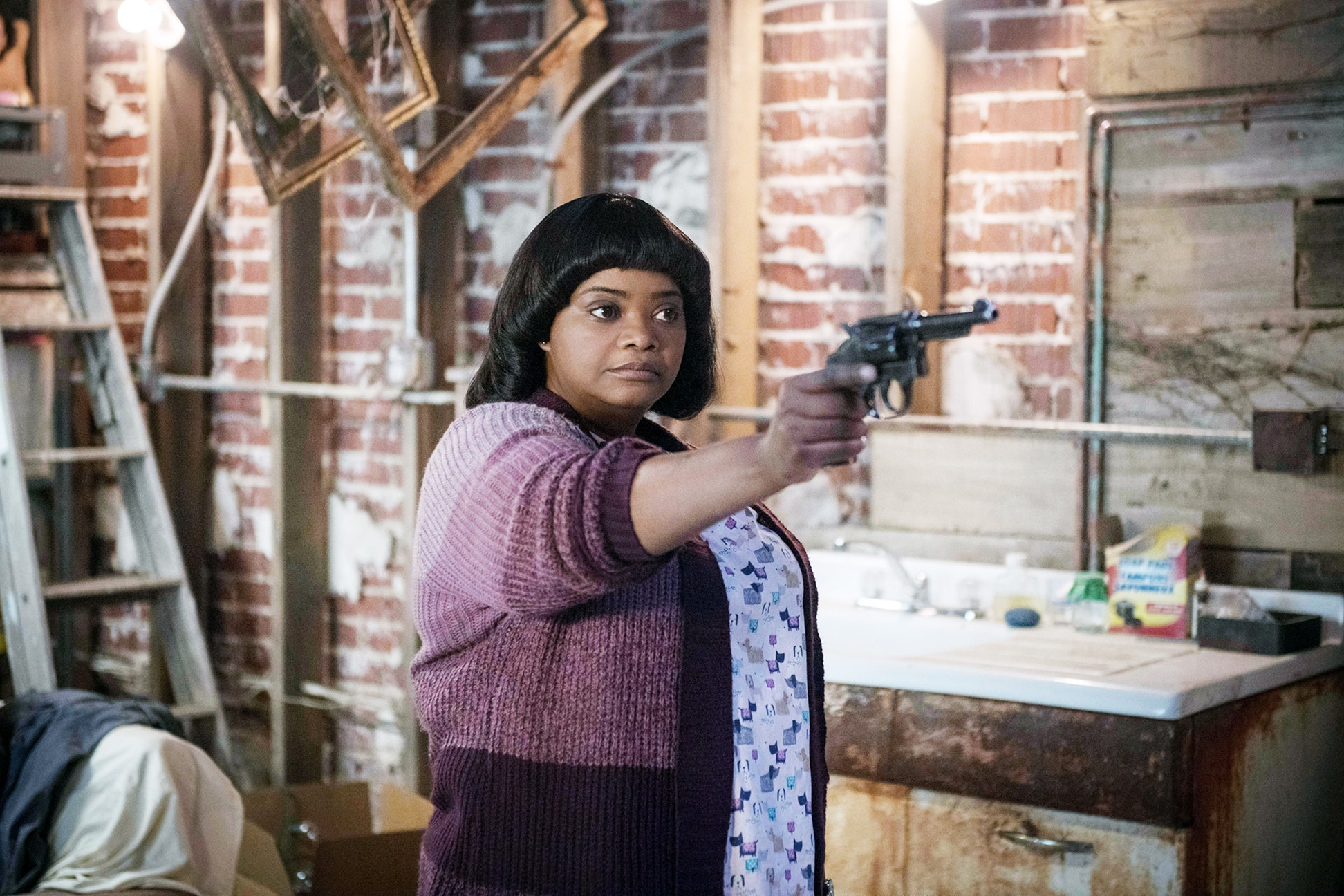 I’ll start by saying that I had high expectations for this movie. I enjoy a good horror/thriller, especially when I know the lead is pure magic. The setup is easy to follow. A new teenager, Maggie (Diana Silvers) moves back to her mother’s hometown. And, as many movies do, that becomes the inciting incident of some sort. Old friends cross and deep, dark, messy secrets become the catalyst for an act of revenge you can basically predict. As Maggie attempts to secure alcohol, Ma, is the only woman kind enough to oblige her request for a hangout. But she has rules. You must drink at her house. You have to stay in the basement, and you can’t tell anyone you party with her. Fair enough, yeah?

But, that hospitality quickly becomes overwhelming as each of the kids realizes that sweet Sue Ann is a bit… off. As a viewer, you know something isn’t right; what took the youngsters so long?  But, I guess, from an adolescent’s point of view, they’re manipulating a woman and getting their way. and getting away with it. And perhaps, that’s what rings most true throughout it all. Ma uses her adult insight and intellect to create a false safe haven. But we quickly realize that the plot and its megastar, Octavia Spencer, are the best thing about this movie. While there are scenes that’ll make you scream or jump, it’s more of a thrilling journey than anything else. As Sue Ann gets in character, her beats are on par, but the methods are a bit, underwhelming. Coming onto an underage kid and sewing her mouth shut, running over someone; she’s crazy, we get it. But, nothing else really happens.

It’s an average movie that you can easily enjoy as long as your expectations are leveled. Octavia does what she has to with the script. She’s brilliant, but the means at which Sue Ann takes to get us to the climax are cliche and easy to see coming. If you haven’t seen the preview, it’s good enough to get you interested. The best parts aren’t shown (which is always a great thing). I’d say give it a go. Cut the lights out. Find a snack. Keep your phone to the side. And, if nothing more, enjoy a journey of all the things you’d (hopefully) never do as a person seeking revenge. MA debuts Saturday, February 8 at 8:00pm.