I’ve always enjoyed watching Gary Oldman in movies – he’s a shapeshifter; a chameleon. In Darkest Hour, he is beyond impressive as Sir Winston Churchill – in a wartime movie that showcases Churchill in his early days of political power, to the end of the Second World War, when Churchill lost his power.

It’s 1940 – the world is in turmoil and another world war rages on, dividing people’s loyalties, tearing families apart and decimating morale. PM Neville Chamberlain is not viewed favorably amongst his peers and is forced to resign. With Hitler’s reign of terror over Europe, Britain does not want to appear weak – two men are suited for the open vacancy as Prime Minister – first, Lord Halifax (portrayed by Game of Thrones alum Stephane Dillane) and Winston Churchill. You can guess who gets the top spot. 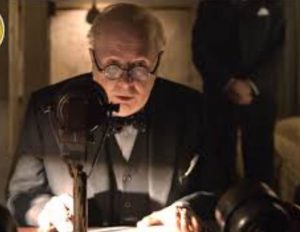 Winston is not a terribly likable man – he has a short temper; a dry wit and doesn’t sugar coat anything. He makes people grit their teeth and knows how to raise their hackles. The fact that this man was appointed as the PM of Britain makes me wonder. I get that you have to have a tough hide and very thick skin in politics – your opposition is constantly trying to tear you asunder and the general population either love you or hate you. And then there’s the press and the monarchy to contend with. I wouldn’t get involved with politics, no thank you – too much public scrutiny and you’re damned if you do, damned if you don’t.

You can guess how fond the monarch was of Churchill – shall we say you could just feel the frost in the air when King George VI had to interact with him? However, it is custom that when a new PM is appointed/voted in, the reigning monarch invites him to the palace and a government is formed in the monarch’s name. Clementine Churchill is Winston’s biggest supporter, although I have to wonder about how much anxiety or frustration this woman endured because when you’re married to (the most talked about) PM in history, there’s bound to be some personal loss and heartache as a result.

Getting back to the war – Churchill knew that Hitler was extremely dangerous and ruthless – and knew that he had to be stopped, no matter the cost. Millions of lives were being shattered as the war raged on. Unfortunately, Churchill didn’t have what was considered to be a ‘distinguished’ military career (he had been in WW 1 and had a less than stellar military reputation) and he committed a big faux pas by supporting the former King Edward VIII when he chose to abdicate the crown in favor of his marrying Mrs. Wallis Simpson – who was twice married, twice divorced and considered unfit as the consort of a reigning monarch- (not to mention the rumors of Nazi ties with Wallis, Edward and several high ranking soldiers in Hitler’s regime, but that would be later on during the war). The PM is supposed to be neutral and not support a monarch who wishes to abdicate – you’re supposed to support the whole notion of duty and country before love. You can see why Churchill had some enemies and wasn’t considered a worthy PM. Not to mention that when giving your first speech to Parliament, you probably antagonize your peers. 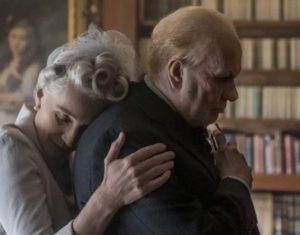 Political tensions reach a boiling point in which Lord Halifax, the Prime Minister of France and Italian Ambassador Bastianini attempt to negotiate terms with Germany. Churchill is steadfast against anything to do with Germany. A military upset happens in Dunkirk – which sees many military personnel killed, even though Churchill orders military defense actions to take place, in order to get aid and get a little more time for the trapped soldiers – and really, it was a horrible enough situation to begin with, so no matter what was done, Churchill was going to get the shaft. However, all is not lost; Churchill gives one of his most famous speeches once back in Parliament. Neville Chamberlain ends up supporting Churchill instead of wanting to resign and to his credit, Parliament lauds Churchill. Politics is no easy realm; too many opinions, too many people pointing fingers and cooler heads often do no prevail. History is fraught with death, bloodshed and those who either tried to do right or those who tried to inflict harm. Churchill, for his part, tried to do right by the people of the country he served and wasn’t always look on favorably or respected but when you watch Darkest Hour, your opinion of Sir Winston Churchill may change considerably. I know mine did – and this is a credit to the make-up and special effects crew and the acting chops of Gary Oldman. Enjoy! 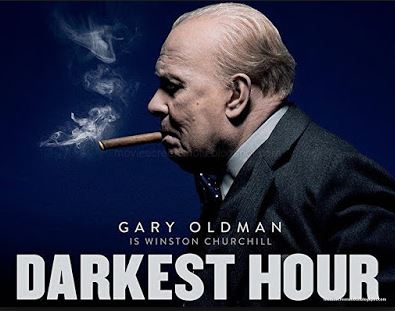 Darkest Hour debuts SATURDAY, AUGUST 18 at 8:00pm on HBO and on the streaming sites.