A Glorious Follow-Up to a Seemingly Destined Standalone Film

On June 2nd, HBO’s 8pm eastern standard time slot, will host the premium cable debut of Blade Runner 2049, a sequel to the 1982 science fiction classic Blade Runner.  2049 could possibly be one of the most profound theatrically released films to air on Home Box Office, despite placing abysmal numbers at the theatrical box office.  A sublime cast and crew, led by Sicario and Arrival director Denis Villeneuve, have crafted the rare film follow-up that is equal to its seemingly untouchable predecessor.  Very mild spoilers are sporadically dispersed in this analysis. 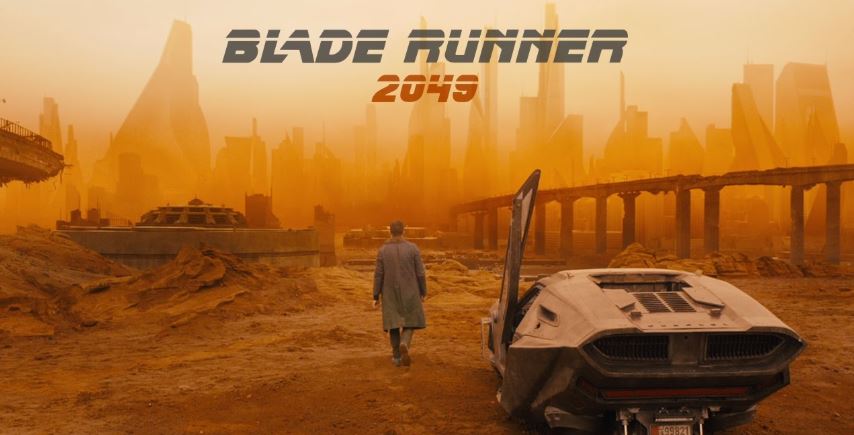 Coinciding with the 35-year gap between the release of the 1982 and 2017 Blade Runner films, 2049 is set 35 years after the conclusion of the original movie.  Michael Green, a former HBO junior development fellow, and scribe of Logan and American Gods penned the phenomenal journey of LAPD Officer KD6-3.7. Officer K (Ryan Gosling, in top form) is a replicant, one of the very beings that were hunted down and “retired” by Officer Rick Deckard in the 1982 movie. K knows he is a replicant and accepts that his sole purpose on Earth is to capture and, if necessary, terminate fugitive replicants.  The opening scene, which was omitted from the original film, involves K retiring an older line of replicant, that was produced before more obedient and stable 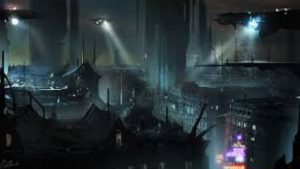 replicants like K, were bioengineered. Before his demise, the fugitive replicant tells K: “You newer models are happy scraping the shit… because you’ve never seen a miracle”.  This is a line that evokes memories of the reason why replicants were created in the first film:  to perform duties in harsh environments on other celestial bodies. The retired replicant had experiences off-world, that paled in comparison to a deeply buried (literal and metaphorical) secret, that K stumbles upon after killing one of his own.  Before departing back to LAPD headquarters, K notices a miracle, but not the miracle the replicant spoke of, for that miracle is a plot point that must be seen by the viewer to fully grasp and appreciate.  The wonder in question is a plant growing at the trunk of a dead tree.  Plants and wildlife are extremely rare in both Blade Runner films, due to the seismic shifts in the Earth’s climate.  A UAV scans the depths underneath the plant and discovers a large metallic crate buried.  K calls in an excavation crew to unearth the finding.

The flight back to LAPD contains no action and extremely limited CGI.  Yet, it is impossible not to acknowledge that the financing supplied for 2049 was well spent.  In tradition of the first movie 2049 showcases highly detailed miniatures, grandiose sets, and a pulsating score.  These visuals are captured by veteran cinematographer Roger Deakins, whom after 13 nominations, finally won an Oscar for 2049.  Villeneuve stated in an interview with the American Film Institute that a green screen was used only five times during the entire production.   The world was totally accessible to the actors and actresses, making for a more immersive viewing for the audience. 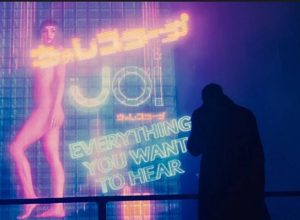 At LAPD headquarters K undergoes a routine baseline test, to ensure his human superiors that he is of sound mind and judgment. K is later called back to headquarters to be briefed on what was found in the metal crate.  Before that, we are introduced to Joi, a hologram companion that is manufactured by the Wallace corporation, the very corporation that manufactures replicants. Joi is much more than an opportunity to shoehorn an attractive person into the film. When K is with Joi, it is the closest that he feels to be significant. K’s memories of the past are fabricated and implanted by a subcontractor of the Wallace corporation. K later visits this subcontractor to determine if a fluttering memory is an implant or a true recall of a life-defining event.

After another startling discovery, one that coincides with the findings in the crate, K is on the run from the LAPD and the henchmen of Wallace corp. One of the henchmen, or henchwomen we should say, is Luv, pronounced ‘love”. Luv, portrayed poignantly and menacingly by Sylvia Hoeks, is also a replicant and totally devoted to executing the orders of Niander Wallace. Despite careful planning, K mistakenly leads Luv to a now 70s Rick Deckard. If the viewers have seen the original film, as they should for purposes of understanding this film, and enjoying a memorable standalone film, then the aged Deckard (the always enjoyable Harrison Ford) is still a baffling piece of the puzzle carried over from the original film.  Deckard and K are now at wits with a ruthless enemy that will stop at nothing to discovering how the previously mentioned miracle occurred.  The secret the miracle would rock the already weakened foundation of human civilization. 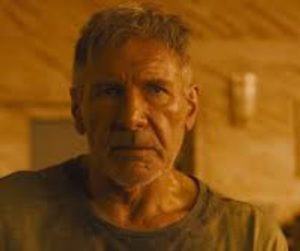 The final action sequence is brutal and features an aerial and ground battle near Sepulveda Boulevard; a seawall that keeps Los Angeles and San Diego from being flooded by an ever rising Pacific Ocean. Don’t expect Fast and Furious or Kingsman style action here. Think more cerebral based action films, in the tradition of Inception, Source Code, and Minority Report. But unlike the aforementioned films, Blade Runner 2049 is not restricted by a PG-13 rating, and contains graphic violence akin to what is seen in darker science fiction films such as Blade Runner, The Terminator, and Terminator 2: Judgement Day. The closing scene is emotional and intellectual. K has concluded a journey that accumulated sacrifice and other experiences that argue that just because he is a bioengineered being, he is no less important than a human being.  2049 keeps the mysteries of the original film intact while expanding on existential themes that continue to influence highbrow science fiction and speculative fiction, including HBO’s Westworld.

2049 has been on available on home media and on-demand services since February 2018, after only three months of its theatrical release. Due to high production costs, expensive but vague marketing, and relying too much on nostalgia, 2049 failed to steer audiences to theaters. This gem of a film underperformed, so much that the production company, Alcon Entertainment, laid off dozens of employees. Critical and audience (of the limited quantity that viewed 2049) acclaim just wasn’t enough to generate strong revenue. Alcon Entertainment delivered one of the worthiest sequels in cinematic history. The original Blade Runner was severely underappreciated until the advent of home entertainment transitioning from VHS to DVD.  Perhaps Blu-ray sales, on-demand orders, and viewings on HBO will give Blade Runner 2049 the viewership it deserves.