I have to be honest right off the bat here, I’m a Marvel girl. I have enjoyed very little DC content of what I’ve seen. I do love the Nolan Batman trilogy and I walked out of Wonder Woman feeling the female power, though I could have done without the forced, short term romance. I had zero interest in seeing any of the Justice League stuff, with the exception of this film. As soon as I heard Jason Momoa was cast to play the titular character in Aquaman, I was sold. Not just for his physical prowess to handle playing a superhero, but that he was clearly approaching this character in a great way. He was going to be himself. It freaking works. We saw Robert Downey Jr. do the same with Iron Man. He completely brought his own personality to the role and it was perfect. Momoa followed suit and it smashed just as hard. 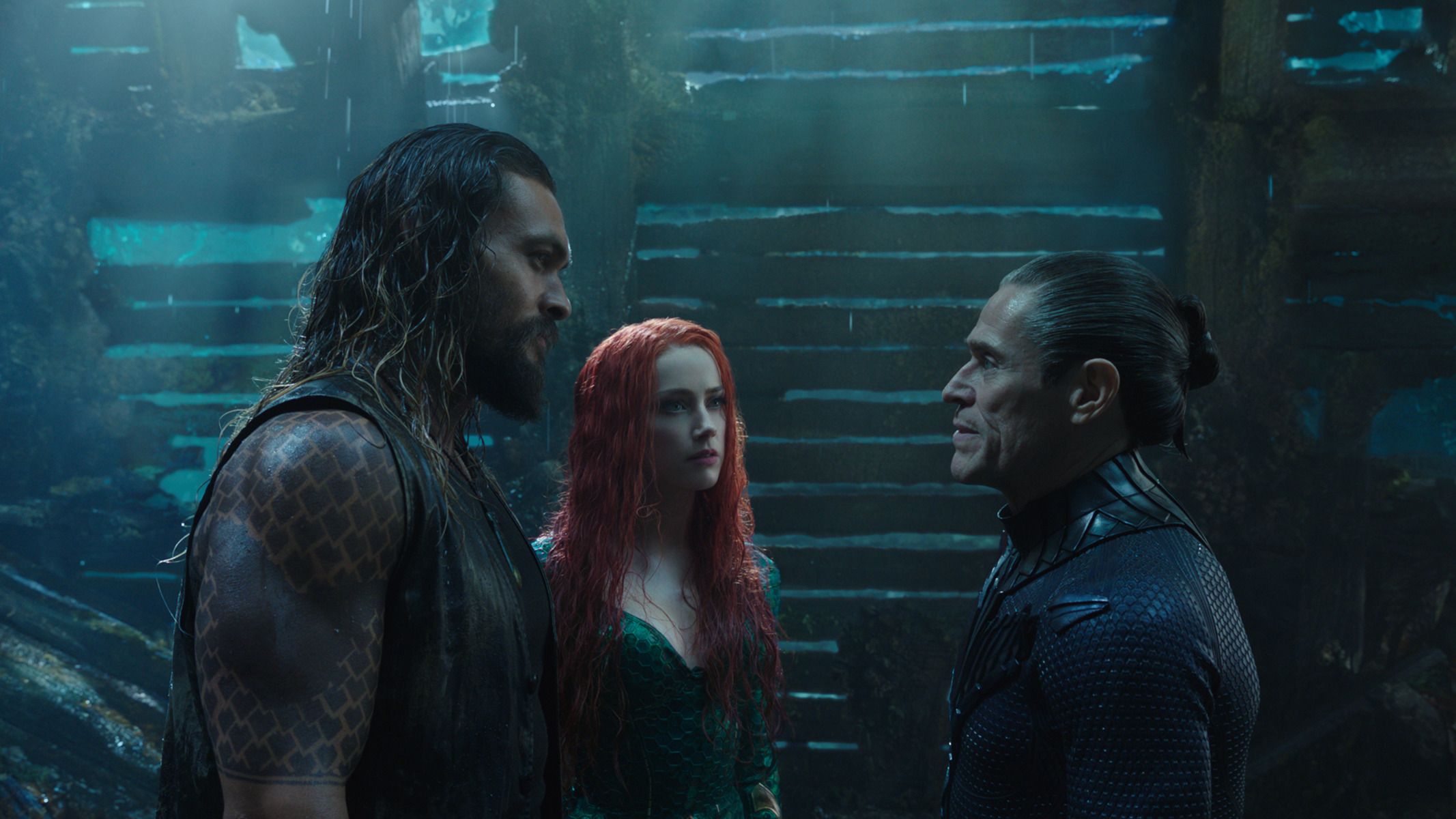 We open with the arrival of an ocean goddess named Atlanna (Nicole Kidman) on land, to the surprise of the lighthouse owner Thomas Curry (Temeura Morrison.) Not surprisingly, the two fall in love and she eventually has a son, Arthur. Everything is happy for a while, a short while. After an attack on their home, Atlanna returns home to Atlantis. As he grows up without his mom, Arthur begins to discover his powers and that they are pretty powerful against bullies. As a grown man, he’s stepped into the superhero helm and is fighting pirates. A father-son duo comes across his path, Jesse (Michael Beach) and David (Yahya Abdul-Mateen II.) Of course, we have a classic revenge tale for David as Jesse perishes in the altercation.

Meanwhile, in the depths, Arthur’s half brother Orm (Patrick Wilson) is trying to establish some alliances with other sea kingdoms, including King Nereus of Xebel (Dolph Lundgren.) Arthur’s former mentor Nuidis Vulko (Willem Dafoe) is there as well and trying to give guidance. What Orm is really aiming for is an excuse to attack the surface world, believing it better to attack them before they attack Atlantis. He is even working with Black Manta, formerly known as David. Mera (Amber Heard), daughter of Nereus, comes to the surface to warn Arthur but also entreat him to come search for an ancient weapon. This weapon would allow him to claim his title as King of Atlantis. For obvious reasons, he doesn’t want it. He grew up without a mother because of them. Why would he care? Once his father’s life is shown at risk, then he’s down for a fight. It’s a good old brother versus brother showdown now! While he may be Aquaman, he doesn’t have the skill that Orm has because he doesn’t live in the water. All Orm does is swim down here. His skill puts Arthur to shame, but it does force our protagonist back out of the water and on an epic quest for an ancient weapon. Brother v. Brother battle to recommence later. Mera is along for the ride and assisting Arthur, seeming to balance him nicely though also being betrothed to his brother. Awkward. But also not because Orm seems like a douche. What Arthur finds at the end of his quest isn’t just a bomb ass weapon. He finds his mom. And ultimately, himself. Cliche as all hell as it is, he is part Atlantean. Part of him belongs in the sea. He comes back and gives bro the whooping deserved.

As I said before, the main reason I liked it was because Jason Momoa played Jason Momoa dressed as Aquaman. It was his entirely awesome personality rolled into the comic book character. He had great chemistry with Amber Heard and I look forward to seeing them work together again. Maybe I can try and give Justice League a shot now. I don’t know. But what I do know is that casting is this case was perfect. The movie spends the plot split between Arthur’s search for his identity and the importance of family. It works well and minus the superhero aspect, identity and family are common struggles people identify with for sure. Tie it all together with some comedy moments and occasional action sequences and Aquaman is a damn good time.