HBO has given a green light to a dramatic series that seems to be unique. It’s called THE IDOL. The show is co-created by Sam Levinson, who we know as the helm of EUPHORIA for HBO. Taking the lead on this project though is Abel “The Weeknd” Tesfaye (pictured). He, of course, is the Canadian singer, songwriter, and record producer who can be called influential in the popular music scene today. Joining the creative team is also Reza Fahim on the series which will be filmed in and around Los Angeles. 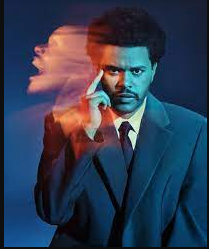 THE IDOL is set against the backdrop of the music industry and centers on a self-help guru and leader of a modern-day cult who develops a complicated relationship with an up-and-coming pop idol. The Weeknd is also cast in a role. Is he the cult guru or the pop idol or in a smaller role? Joining him is Lily-Rose Depp (Voyagers), Suzanna Son (Red Rocket), Melanie Liburd (Power Book II: Ghost), Tunde Adebimpe (Spider-Man: Homecoming), Steve Zissis (HBO’s TOGETHERNESS), Troye Sivan (Boy Erased), Elizabeth Berkley Lauren (Showgirls), Nico Hiraga (Booksmart), and Anne Heche (Return to Paradise, Six Days Seven Nights).

Francesca Orsi, Executive Vice President, HBO Programming stated, “When the multi-talented Abel ‘The Weeknd’ Tesfaye, Reza Fahim and Sam Levinson brought us THE IDOL, it was clear their subversive, revelatory take on the cult of the music industry was unlike anything HBO had ever done before.  Shortly after, the brilliant duo of Joe Epstein and Amy Seimetz joined forces with the rest of the team, and this dream became a reality.”

Joe Epstein, a writer, gets the honor of his first as showrunner. Amy Seimetz (The Girlfriend Experience and Atlanta,) is set to direct all six episodes and will also serve as an executive producer. We will put this show on the radar and will be looking for THE IDOL.