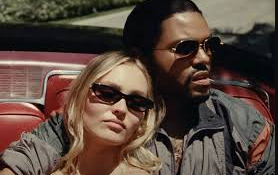 The one thing THE IDOL has been able to do is to give us a tease. We have shown you only one of the three Teasers (Teaser # 1) The Weeknd and company have dropped regarding the upcoming show. That is about to be remedied along with some background as we await THE IDOL.

The show is set up to depict the underbelly and dangerous side of the L. A. music scene and how it can get the immature, naïve, broken young players caught up in all the nasty things that can happen on the way to becoming or staying famous. Lily-Rose Depp plays Jocelyn, an unstable pop star on the mend from a mental health crisis and on the hunt for a hit. But while she’s instructed not to trust anyone in Hollywood, she is told to trust the one person telling her not to trust anyone. That would be Tedros (The Weeknd), described as a self-help guru. Also, in the cast are Kim Roth, Troye Sivan, Jane Adams, Mosey Sumney, Mike Dean, Suzanna Son, Da’vine Joy Randolph, Dan Levy, Rachel Sennott, and Hari Nef.

As the Teasers depict, it is all about the vibe. They lock into that sordid, gritty, feel from the get-go. But that, of course, does not mean it is all vibe and no substance because EUPHORIA’s Sam Levinson is on board to make sure of that. The series, in order to work, needs to have a balance of both. THE IDOL did announce earlier this year that it needed to rework its approach and shuffled responsibilities and cast to make a more solid work. Perhaps they saw that the balance required wasn’t there at that point. Now that a cohesive story is in place and HBO is building anticipation for it.

That redesign might also play into the fact that three Teasers have dropped. Most shows offer a Teaser to get the show on your radar and then drop a longer official Trailer down the line complete with the premiere date. But THE IDOL offers a different approach. Just the word ‘teaser’ alone fits the vibe & style of this show, doesn’t it? They are setting us up with slow-burn teasers, hinting to us what decadence and thrills await; getting there is part of the arousal as it were. And here is the real kicker, this show is so hot and steamy, even hotter than EUPHORIA, that the videos may get kicked off for being age-restricted. Ouch, now that’s a tease. The show is living up to the reputation it wants to put out there.

Are you getting caught up and following the links or is it all a bit too tawdry for you? No premiere date has surfaced beyond just saying it is coming soon in 2023. I’ll offer the guess that we will see THE IDOL in 1Q of the year, let’s say March. Until then, fixate on the Teasers. 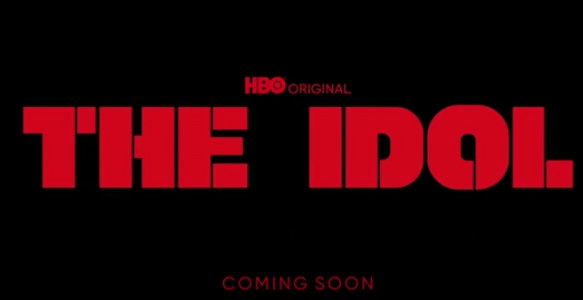