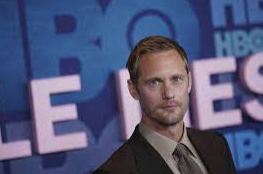 Season Three of SUCCESSION is in the works but more on that in a bit. First, here are two familiar faces that will be appearing in recurring roles for at least the upcoming season which we hope to see yet this Fall – Alexander Skarsgård and Adrien Brody.

Skarsgård will play Lukas Matsson a successful, confrontational tech founder and CEO. Surely, we will see him exhibit that confrontational behavior with a Roy family member, right? Just who does he get tangled with and to what end or to whose favor? As for Brody, he will guest star as Josh Aaronson, a billionaire activist investor who becomes pivotal in the battle for the ownership of Waystar. Ah, so we have our eyes on the prize in the battle for the Roy asset! Ambushed by his rebellious son Kendall at the end of Season 2, Logan Roy (Brian Cox) begins Season 3 in a perilous position. Scrambling to secure familial, political and financial alliances, tensions rise as a bitter corporate battle threatens to turn into a family civil war. This should be good. 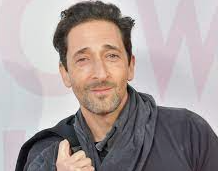 And it should be good to see these actors become a part of the story. Skarsgård, of course, is no stranger to HBO with his turns in BIG LITTLE LIES and TRUE BLOOD. As for Brody, we may have seen his movies like The Pianist on HBO but this role will his first appearance in original HBO content. We will see more of him though, as he is coach Pat Riley in the still-untitled 80’s LA Lakers project.

It seems the production has been spotted doing its thing in Richmond Virginia recently. The show mainly takes place in NYC but a report says filming occurred near The Jefferson Hotel in downtown Richmond. Exactly who the talents were was not released, but at least we know that SUCCESSION is before the cameras and that we should seek it before this year’s end, complete with two fine actors added to the cast list.