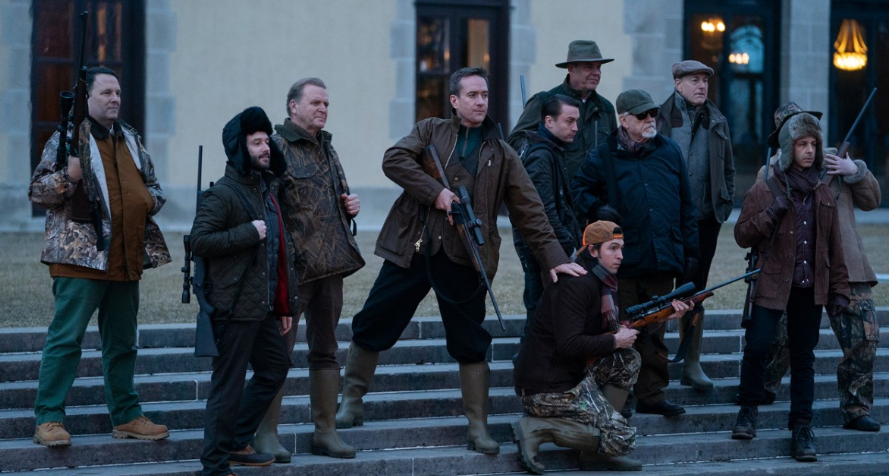 After watching the third episode of this season of Succession, it is no surprise that the world’s largest premium cable provider has already renewed the drama for a third season. If TV Guide, Time or any other major media magazine picked a new list of the greatest episodes ever aired or streamed, “Hunting” should be a candidate. It was jammed packed with everything that we expect out of home entertainment; although not as startling as the Season 1 finale, This installment by far has the most dynamic range of any of the episodes of Succession to date. The title itself is an obvious reference to the 1924 short story “The Most Dangerous Game,” where a human is hunted by human hunters. I cringed, laughed, and was in awe of the performances, direction, and teleplay. Home Box Office truly shines with the intelligent large budgeted shows that come along after a similar behemoth of a show (GoT) has ended. However, the personable dramas also cast serious doubt that HBO is ‘done’, or ‘an era has ended ‘after a major series ends. I am taking the risk of overselling Succession, but I invite anyone who has not seen any episodes to watch this one. I believe that one would have a difficult time not revisiting the first season to see what led to the Roy family’s best showing thus far. 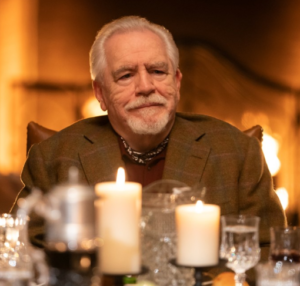 It begins with Cousin Greg (yes, this is what everyone calls him) meeting with an established author, who is planning to write an all-encompassing biography on Roy Logan. Greg only intended to get a general understanding of what the biographer intended to conduct interviews. Greg was tricked into divulging on the record information, and the biographer refuses to disregard what was disclosed. In a panic, Greg hastily leaves the restaurant. Meanwhile, back at the family conglomerate headquarters, Logan Roy is metaphorically (and somewhat literally) putting his foot in the ass of all his upper management staff. Mr. Roy intends to buy Pierce Media, a business rival and one of the largest news outlets in the world. Everyone except the hilarious but conniving Roman Roy thinks it is too risky for a multitude of reasons. Roman could give a damn about the practicality of such an enormous acquisition, however, he simply wants to spite his brother, Kendall Roy. When asked why he wants to own ALL of the news, Logan Roy says that he wants to control journalism and to spite Pierce. He is then asked, “If you want to piss Pierce off, why not take the fucking batteries out of the remote”. Roy Logan states that he intends to do that as well.

After sensing that everyone is not peachy with going after Pierce Media, Roy invites, or rather forces everyone to go on an impromptu hunting trip to Hungary. Everyone, except his daughter Shiv and eldest son, Alan. Shiv, who fired herself from a Presidential campaign in the previous episode, stays behind in a failed attempt to stop her elder brother from releasing a video to the internet, that was sent to the company’s intranet. Alan 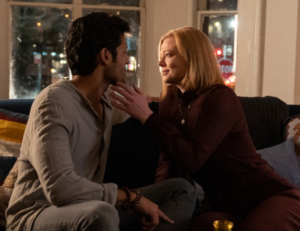 plans to flood the web with an anti-tax paying rant, that is so foaming out of the mouth liberal, that Nancy Pelosi and Alexandria Ocasio-Cortez would cringe. Shiv is respected by her brother, but he refuses not to release the video, an act that eventually comes to fruition to the chagrin of the Roy family. Shiv does take the time to express her concern over her father’s aim to grab Pierce Media. She valiantly asks, “IF WE OWN ALL THE NEWS, I ACTUALLY WONDER WHERE WE WILL GET OUR FUCKING NEWS?”

The Roy family and the board of directors arrive in Hungary and make their way to the retreat in a convoy of late-model Land Rover SUVs. On the way to the boar hunting expedition, Logan Roy learns that someone has talked to a biographer, and this pains him like an abscessed tooth. He has people in his inner circle plotting behind his back and who are afraid to take risks when asked. He says whoever talked is a fucking dead man and in-law Tom finds out quickly that Cousin Greg is that dead man. The actual hunt is a staged farce, with the wild board being released by Hungarian game wardens to be shot at from elevated positions by the Roy entourage. The actual hunt does not begin until after this outing.

We now come to why this episode is entitled “Hunting.” At dinner, Logan Roy orders that everyone places their cell phones and other electronic devices on the table to be sifted through by his IT department. He wants to sniff out the rat. Tom could have easily thrown Greg’s carcass on a platter to his father-in-law. However, Tom so humiliated during the interrogation that he spares Greg the pain, albeit both men, along with several others are forced to walk on their knees while oinking like pigs. The rat is not snuffed out, but Roy has made it clear that he will not be crossed and everyone is going to go balls-to-the-wall to snag Pierce Media.

In a less intense but nevertheless scandalous moment, Shiv commits adultery in a Manhattan high-rise with a mid-level actor, while her husband is being berated in Europe. This is a brief scene, but it does not feel tacked on. It adds to Tom’s reasons to be insecure, although he has no idea of the encounter. Shiv married Tom because she knows that he loves her, and although the love is questionably unrequited, it is one of the few genuine aspects of her life. The only genuine overall aspect of the Roy family is their love to never be second to anyone.

I have provided nearly a thousand words to present my analysis of this magnificent episode. Yet, there is so much that I left out. Watch HBO’s Succession, it is worth your time and attention.