MARE OF EASTTOWN, if you recall, did quite well for Kate Winslet and HBO. So, why wouldn’t she shop around for another great piece of work or two to sink her acting chops into? And, why not take them back to a production house that worked well with her? That newest projects have now surfaced and she is back with both TRUST and THE PALACE.

We have scant details at this time, but we hope for everybody’s sake, that lightning can be caught in a bottle yet again. 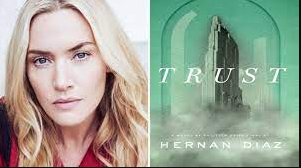 First is TRUST, adapted from Hernan Diaz’s 2022 novel of the same name. Winslet will star & executive produce. The book is about a wealthy financier, Andrew Bevel, who is dissatisfied by a novel based on his life and his wife Mildred’s portrayal, so he asks a secretary to ghostwrite his memoir and set the record straight. The secretary, however, grows uncomfortably aware that he is rewriting history—and his wife’s place in it. Told in four different voices and genres, the work is a narrative puzzle that subverts the notion of truth and who gets to define it.

We went to the publisher’s website, Penguin Random House, to get more detail on the novel. Though, keep in mind, the HBO project could take liberty with particulars spelled out here. It does, however, give us a bit more insight into the basic story. –

“Even through the roar and effervescence of the 1920s, everyone in New York has heard of Benjamin and Helen Rask. He is a legendary Wall Street tycoon; she is the daughter of eccentric aristocrats. Together, they have risen to the very top of a world of seemingly endless wealth – all as a decade of excess and speculation draws to an end. But at what cost have they acquired their immense fortune? This is the mystery at the center of Bonds, a successful 1937 novel that all of New York seems to have read. Yet there are other versions of this tale of privilege and deceit.”

Via an HBO press release here is what we know about THE PALACE: 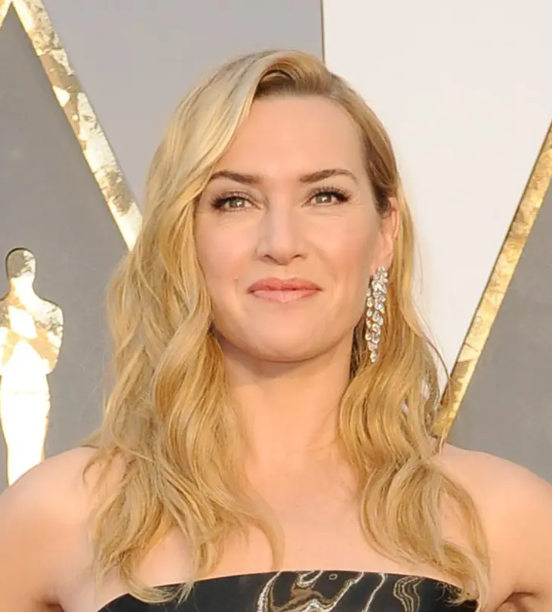 Logline: THE PALACE tells the story of one year within the walls of the palace of an authoritarian regime as it begins to unravel.

Francesca Orsi, Executive Vice President, HBO Programming quote: “We are honored to be working with this incredibly talented group of filmmakers on THE PALACE.  The notion that Kate Winslet and Stephen Frears, two of our industry’s leading lights (who – remarkably – have never collaborated before now), are joining forces to bring Will Tracy’s wildly original, prescient, and dazzling scripts to life at HBO is a dream come true for us.”

About Kate Winslet: Academy Award winner Kate Winslet is about to start filming Lee, the true-life story of famed photographer Lee Miller, in which she stars and is producing.

We are now tracking both TRUST and THE PALACE as future content for HBO. They will increase Winslet’s contribution to four behind MARE OF EASTTOWN and MILDRED PIERCE (2011).