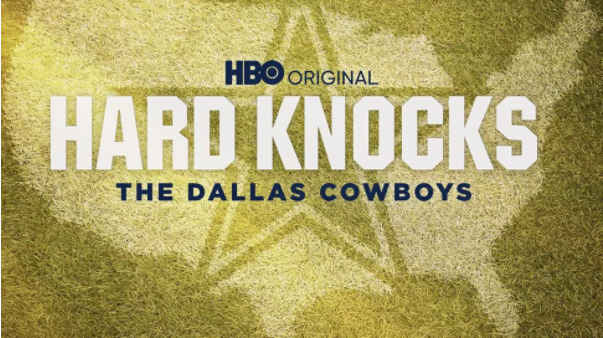 Hard Knocks follows an NFL team (a different one is chosen each year) as they go through pre-season training. This may sound boring but it’s really anything but. Rookies get cut, stars give it their all and a team comes together before the first big game. This year, as Hard Knocks celebrates its 20th year, the series follows the Dallas Cowboys.  You can catch the five-episode season, which begins on Tuesday, August 10 (10:00-11:00pm ET) on HBO and HBO Max.

The best way to stream Hard Knocks, right off the top is HBO Max. Subscribe here:

By subscribing to AT&T’s streaming service, AT&T TV NOW, you’ll be able to view Hard Knocks and other HBO shows as soon as they air. Subscribers of AT&T TV NOW can add an HBO subscription to their base package and watch a wide variety of HBO content online.

Is Hard Knocks Streaming on Netflix or Hulu?

No. In fact no HBO program is on Netflix or Hulu at the moment. HBO’s Hard Knocks will probably never be on Netflix or Hulu because they’d need to square that deal with both the Home Box Office (a rival of both of those streaming services) as well as the NFL.

Those who choose to buy episodes of the show or the complete season through iTunes, Amazon Prime, or Google Play will not be able to watch the show as it broadcasts live and may have to wait a few months before Hard Knocks becomes available for purchase.

We can’t recommend trying this because most of the HBO live streams are simply bogus. Not only are you bombarded with ads, but you’re also very likely to catch a virus when trying to pirate the Hard Knocks. All on a tiny screen with no High Definition, fuzzy sound, and a sinking feeling in your stomach that you just stole a product you love.

Can you hear the theme music in your head?  GET IN THE GAME!