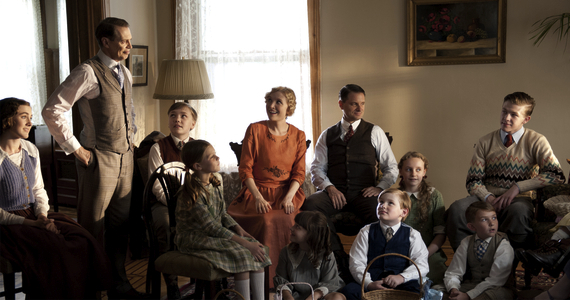 Sometimes a guy or gal just needs to kick back, relax and transport his or herself to another time. If you’re a fan of Americana, booze and sharply tailored suits you’ll want to consider heading back to the roaring 20’s, the stage for HBO’s Boardwalk Empire. Running five seasons in total, Martin Scorsese’s vision of the early days of organized crime in America is one of HBO’s best.

Sling TV is a cost-efficient streaming service to which you can add an HBO subscription for $14.99 a month. Via Sling TV, you can stream Boardwalk Empire from your phone, tablet, or laptop.

By subscribing to AT&T’s streaming service, AT&T TV NOW, you’ll be able to view Boardwalk Empire and other HBO shows as soon as they air. Subscribers of AT&T TV NOW can add an HBO subscription to their base package and watch a wide variety of HBO content online.

The short answer is: No, Boardwalk Empire and all other HBO programming is NOT on Netflix and probably won’t be for a long, long time. There has been some.. competition between HBO and Netflix in particular and the idea of Boardwalk Empire, one of HBO’s premiere series, making it’s way to the $9/month streaming service just doesn’t make sense for the Home Box Office however desperately Netflix and her subscribers wish it. 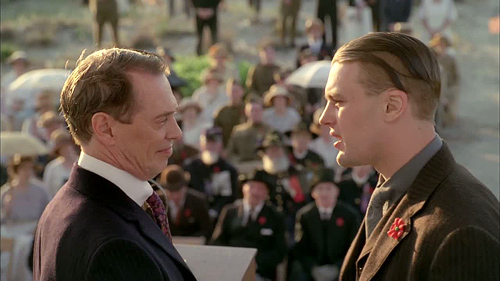 HBO does offer its shows, including Boardwalk Empire on streaming and download services such as Play, iTunes and Prime but you’ll have to wait some time to get them.  On iTunes and Google’s Play seasons tend to come out with the DVD and Blu-Ray discs ie one full season behind.  Amazon Instant Video works similarly but Amazon Prime members do get access to older episodes of Boardwalk Empire for free!  Check out your Amazon Prime account to see what’s available.

One sure-fire way to watch Boardwalk Empire anywhere you want is by picking up the show on DVD and Blu-Ray.  We follow all of the release dates here if you’re interested. How does this let you watch Boardwalk Empire online or streaming?  Well, HBO often includes Digital Download codes with all of their DVD/Blu-Ray combo packs. This lets you choose between iTunes, Google Play and other services to download the show in addition to owning the discs!  This is a great deal for those who want to own a physical copy and also watch online or streaming anywhere they want.

The one downside here is that the DVD and Blu Ray discs usually release almost a full year after the season airs.  Great for older series but not so great for those using this as their go-to method for watching HBO shows online.

It’s tempting to turn to illegal online methods of obtaining stellar entertainment such as Boardwalk Empire and other HBO shows. However, downloading or streaming pirated content can open you up to legal ramifications and a host of viruses. Moreover, behind your favorite HBO shows are numerous hard-working and talented individuals whose payment is not only well-deserved but needed if they are to continue bringing the stories we love to life.

Why take a risk when there are so many legal and convenient ways to view Boardwalk Empire and your other favorite HBO shows online?