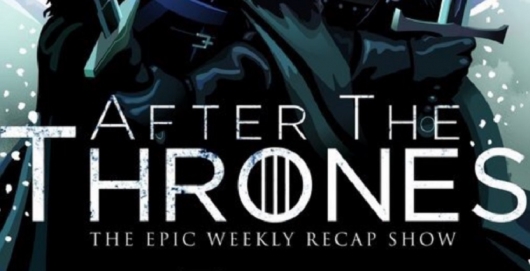 Is it possible to get “enough” Game of Thrones? Apparently not and HBO agrees. That’s why they’ve commissioned a new weekly series called “After the Thrones” which will air every Monday after an episode airs. Similar to AMC’s “Talking Dead” series the show will feature a pair of hosts, Andy Greenwald and Chris Ryan who will dive deeper than some of those “inside the episode” clips have done in years past.

There a few different ways to watch After the Thrones online but all of them are totally free with your HBO subscription so don’t worry– HBO isn’t trying to milk your love of Game of Thrones for more cash.

Watch After the Thrones on HBO Go or HBO Now

If you’ve used with the stand alone HBO Now or the cable required HBO Go app then you know how easy they are to stream your favorite shows online. Well, After the Thrones will be no different. Just go find the series on Monday morning and hit play. It’s free with your HBO subscription. I can imagine myself doing this on the bus or train on the way to work while curious onlookers gawk over my shoulder.

This is probably the easiest way to watch After the Thrones online. 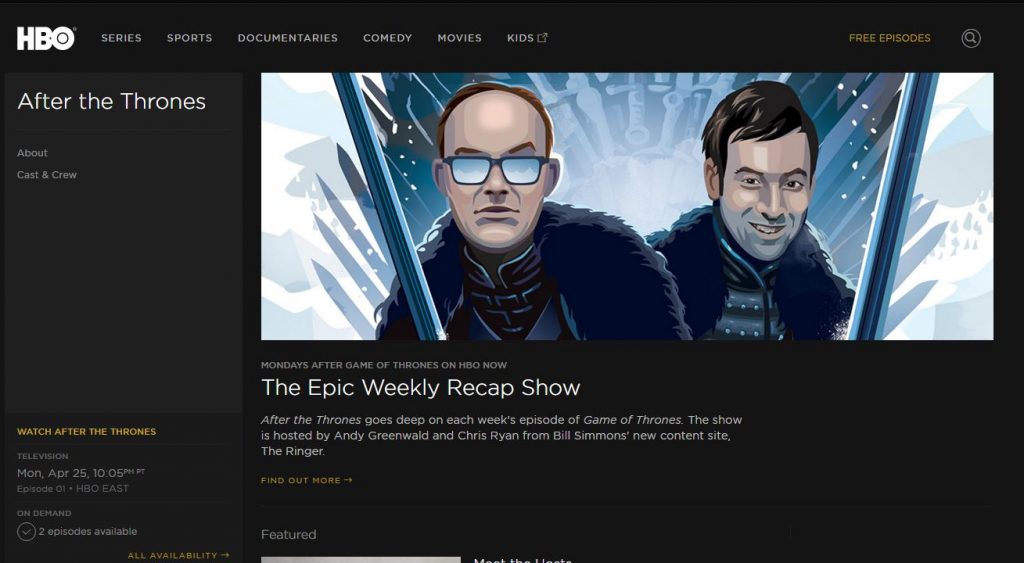 If you subscribe to HBO the traditional way you’ll still get all the After the Thrones goodies. Just turn on your cable box, or log into your cable company’s website or app (some are more robust than others!) and watch the series on demand as you would any other series.

This is free with your subscription but it’s not exactly cord cutter friendly.

The short answer is “we don’t know yet”. HBO has put their “inside the episode” features on YouTube for years now but they haven’t said whether this new “After the Thrones” series will be there as well. If they follow AMC’s lead they may put bonus scenes on YouTube but not the full episodes which are reserved for real subscribers.

Avoid Torrents and Illegal Streams of After the Thrones

There are several reasons to avoid illegal versions of After the Thrones. The main one being that your computer may become infected with a virus or malware. Other reasons include the fact that you’ll probably incur buffering and foreign ads throughout your experience.

It’s also just the wrong thing to do. HBO and the Game of Thrones team put a lot of work into these programs and you’re undercutting their abiity to continue to do so. Make the right choice and become a true knight of the realm.

For more information about After the Thrones, read about its cancellation here.