We haven’t heard much about Julian Fellowes’ next venture after Downton Abbey except that it is THE GILDED AGE and its coming to HBO. Well, now we can say it has started to round up a cast and it will be actors you recognize at the forefront. This fictional epic about the millionaire titans of New York City in the 1880s hails from Fellowes, producer Gareth Neame and director Michael Engler, who all had a part in the Crowley saga now bring an upper-crust story to America. 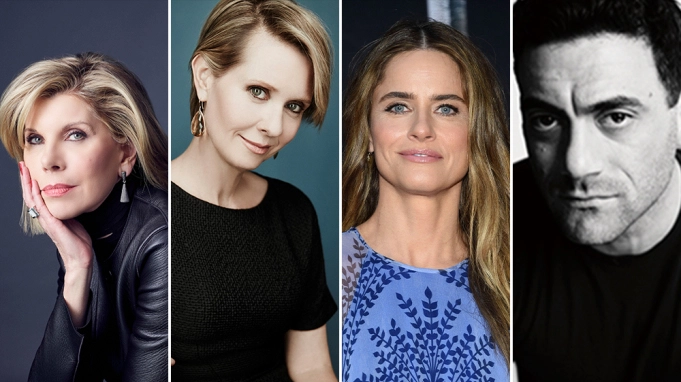 The cast of THE GILDED AGE includes The Good Fight’s Christine Baranski, Ratched’s Cynthia Nixon, The Romanoffs’ Amanda Peet and Morgan Spector who is also in HBO’s THE PLOT AGAINST AMERICA play the big characters. We have a bit of a character description of each to share, but first a reminder of the plot which centers on a period of immense economic change in America, of huge fortunes made and lost, and the rise of disparity between old money and new. Against this backdrop of change, the story begins in 1882 – introducing young Marian Brook, the orphaned daughter of a Southern general, who moves into the home of her rigidly conventional aunts in New York City. Accompanied by the mysterious Peggy Scott, an African-American woman masquerading as her maid, Marian gets caught up in the dazzling lives of her stupendously rich neighbors, led by a ruthless railroad tycoon and his ambitious wife struggling for acceptance by the Astor and Vanderbilt set. Will Marian follow the established rules of society, or forge her own path in this exciting new world that is on the brink of transformation into the modern age? 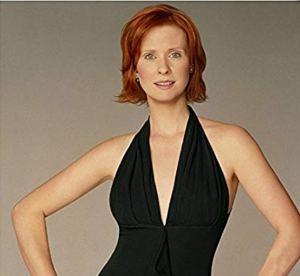 Baranski will play Agnes van Rhijn. Agnes is a proud and stubborn aristocrat who will never accept that the world has changed and that ancient values are being replaced by new ones. She found herself penniless as her parents’ plantation was foundering, even before the war, but she managed to catch a husband just in time. Agnes has a son named Oscar, whom she worships, but her worship is not returned. Nixon, making her return to HBO 15 years after the end of SEX AND THE CITY (pictured as Miranda), will portray Ada Brook. Ada is another victim of the collapse of the old south, but unlike her sister Agnes, she never found a way to 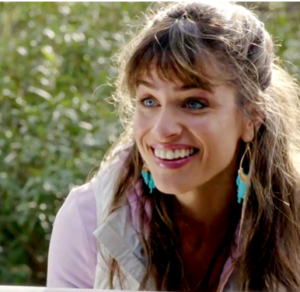 get out until it was too late, and she was forced back on her sister’s charity. She is not naturally confrontational, but she is capable of standing up for what she believes.

Peet will play Bertha Russell (pictured from HBO’s TOGETHERNESS). Bertha comes from the ordinary middle-class. She backed her instincts when she set out to catch her husband George, the son of a merchant family who has proved to be a financial genius. She is determined to use her money and position to break into a society that resists change at every turn. Spector will portray George Russell. A classic robber baron of his own time, Russell is pleasant enough in company. He’s fond of his wife and his children, but utterly ruthless in business. He has already acquired millions, and billions will follow. In every challenge, George must win. We will keep you posted as more develops with THE GILDED AGE.