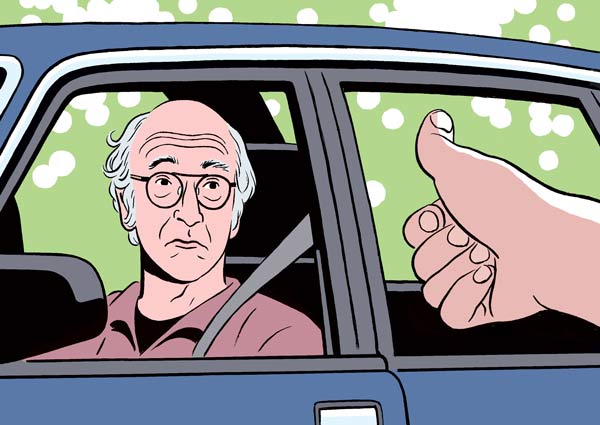 LOS ANGELES, June 14, 2016 – The Emmy®– and Golden Globe-winning comedy series CURB YOUR ENTHUSIASM, starring Larry David, will return to HBO for its ninth season, it was announced today by Casey Bloys, president, HBO programming. Details of the new season will be announced as they are confirmed.

“We’re thrilled that Larry has decided to do a new season of CURB and can’t wait to see what he has planned,” said Bloys.

Asked why he decided to come back, David said, “In the immortal words of Julius Caesar, ‘I left, I did nothing, I returned.’”

CURB YOUR ENTHUSIASM stars “Seinfeld” co-creator David as an over-the-top version of himself in an unsparing but tongue-in-cheek depiction of his life. With 80 episodes to date, the show is HBO’s longest-running scripted comedy or drama series. David also starred in and co-wrote the 2013 HBO Films presentation “Clear History.”

HBOWatch: Prettay.. prettay… okay we’ll stop. This is a very welcome surprise for HBO subscribers. Larry just can’t stay away from the silver screen and we love him for it! Will this be the last season? Who cares we’re getting more Curb!

We wrote Larry a letter years ago but we doubt that had anything to do with his decision.

Where will Curb 9 fit into HBO’s schedule? Who knows but a show like this, if already written doesn’t take too long to film so we could see it as early as next year.