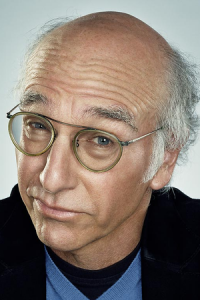 Here at HBOWatch we receive all sorts of comments on our various articles.  But I wanted to highlight a comment we recieved on our previous article about the posibility of HBO comissioning a new season of Curb Your Enthusiasm.  The following comes from someone who refers to him or herself as a “David Disciple”  In it, he or she implores Mr. David to keep the laughs coming with a new season of Curb.

Please consider the following poll a petition to HBO and Larry David to create at least one more season of Curb Your Enthusiasm.  Let’s demonstrate to the show creators that we, the people, will support such an action!

So far we have little to no information about the a season 9 other than ‘HBO wants it‘.  We’ve tried out best to reach out and we did get a response from Cheryl Hines on Twitter who plays Larry’s (ex) wife on the show:

@HBOWatch: no word from Larry about season 9 of #curbYourEnthusiasm. Btw, he does whisper in my ear. I never have any idea what he’s saying!

We’ll certainly update you immediately if we hear anything else! Until then, check out the other 8 seasons of Curb on DVD, On Demand and HBO Go.

UPDATE:  Larry is working on a movie for HBO.  It’s not a new season of Curb but I’m betting it rings true to fans of the show!