So, for those of us eager to see the Moore/Gibbons comic classic WATCHMEN come to cinematic life for HBO, do you want the good news or the not as good news first? 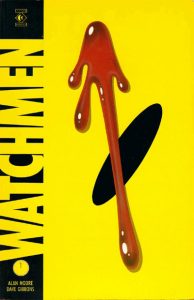 The good news is casting for Damon Lindelof’s pilot of WATCHMEN has dropped some recognizable faces; the not so good news is we don’t know who any of them play. But, at least we know getting screen time will be the likes of Regina King, Don Johnson, Tim Blake Nelson, Louis Gossett Jr., Adelaide Clemens and Andrew Howard. There are more to come we are sure, but we wanted to get this news up.

Of course, you might recognize King, among other roles, as Erika Murphy from Lindelof’s last foray at HBO -THE LEFTOVERS. Johnson is the one from Miami Vice fame and the upcoming Mel Gibson movie Dragged Across Concrete; Blake Nelson was in HBO’s WARM SPRINGS and is in the upcoming Angel Have Fallen; Gossett Jr. has been in, as of late, Hap and Leonard but also appeared in an episode of BOARDWALK EMPIRE and the HBO Films: LACKAWANNA BLUES. Australian actress Clemens can recently be seen in the AMC series Rectify and the HBO’s PARADE’S END and Howard can be recognized from Hell on Wheels, Bates Motel or an awesome episode of Cinemax’s BANSHEE.

Though they are nice additions to any cast are they really the big roles of WATCHMEN? We wait for that verdict when the pilot hits.

But, you won’t recognize the pilot or the characters because they are not the iconic Dr. Manhattan, Ozymandias and the rest. Lindelof has made it clear that he is NOT retelling the comic book storyline, but coming up with something of his own! It is not even a sequel, but a completely fresh story with new characters in the WATCHMEN Universe. The origin story was in an alternative 1980’s and this take will be current 2018. I think. It is better off to let Damon Lindelof explain it all in his own words and he does via a five-page letter, seen below in its entirety.

I sure as hell was not going to try to paraphrase all that. Bottom line is Lindelof reveres the original WATCHMEN as it was presented in all its colored paper glory. He will not defile it by shooting it panel-for-panel for the screen or touch upon its storyline at all, for that matter. His WATCHMEN will be in reverence of the original but be brand new. And he asks us to respect that 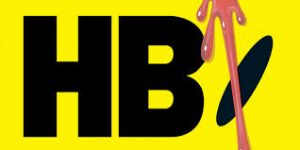 Will we? Will die-hard fans be offended? Will the pilot and the series see the light of day or spurned because it just didn’t click? Time will tell, but at least we have been warned that familiar faces will be seen and an unfamiliar, yet reverent, story will be told.