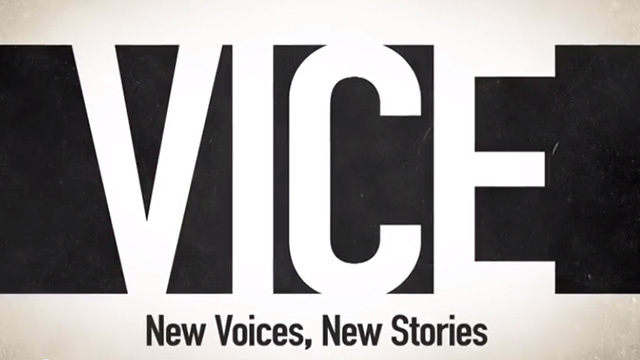 HBO has a lot of series watchers. From Real Time with Bill Maher to a slew of documentaries, VICE fits right in with the view of the world that HBO gives us each and every week. So it’s no surprise that HBO has extended their relationship with VICE, commissioning daily news along with the current weekly program that airs in seasonal form.

But the type of person who watches VICE can’t be constrained to offline viewing. You’re here to find out how to watch VICE online, for free if possible. There are several different streaming options for HBO’s VICE. Here are the most convenient.  View all of our latest VICE news here.

The latest shift in the television landscape has been a migration of folks from traditional cable packages towards streaming only packages as offered by companies like Sling TV.  It’s like cable but much, much cheaper ($25 a month for most cable channels you can name). HBO is an add on but your cost to start streaming VICE will be much lower overall.

There’s a 7-Day free trial so no excuses for missing out of VICE.

Try DirecTV Now for Free and Add HBO for $5

DIRECTV is similar to Sling in that you’ll get news networks like CNN, MSNBC and Fox News and can add HBO for a small fee (only $5, actually). There’s a 7-Day free trial so it can’t hurt to give it a swing.

UPDATE: AT&T TV NOW is offering a $25 per month discount on the service for anyone who has AT&T Unlimited (AT&T is the parent company of DIRECTV. They’re also throwing in HBO for free which is pretty amazing. This is the best deal in town, folks.

Is VICE on Netflix or Hulu?

Long ago, before the age of video streaming hit the main stream, HBO took their content off of Netflix and Hulu. This course of action happened long before VICE came to HBO so the show was never actually on Netflix or Hulu at anytime. You’ll have to look elsewhere to watch Vice online because the main streaming services don’t have HBO’s content.

The easiest way to watch VICE online is to subscribe to either HBO proper (through a traditional cable company) or HBO Now, HBO’s stand alone service that doesn’t require a cable subscription. Both cost about the same price and are almost literally the same app. The main difference is that to watch Vice through HBO Go you’ll have to use your Comcast, Direct TV or DISH login to get access while HBO Now is it’s own deal. 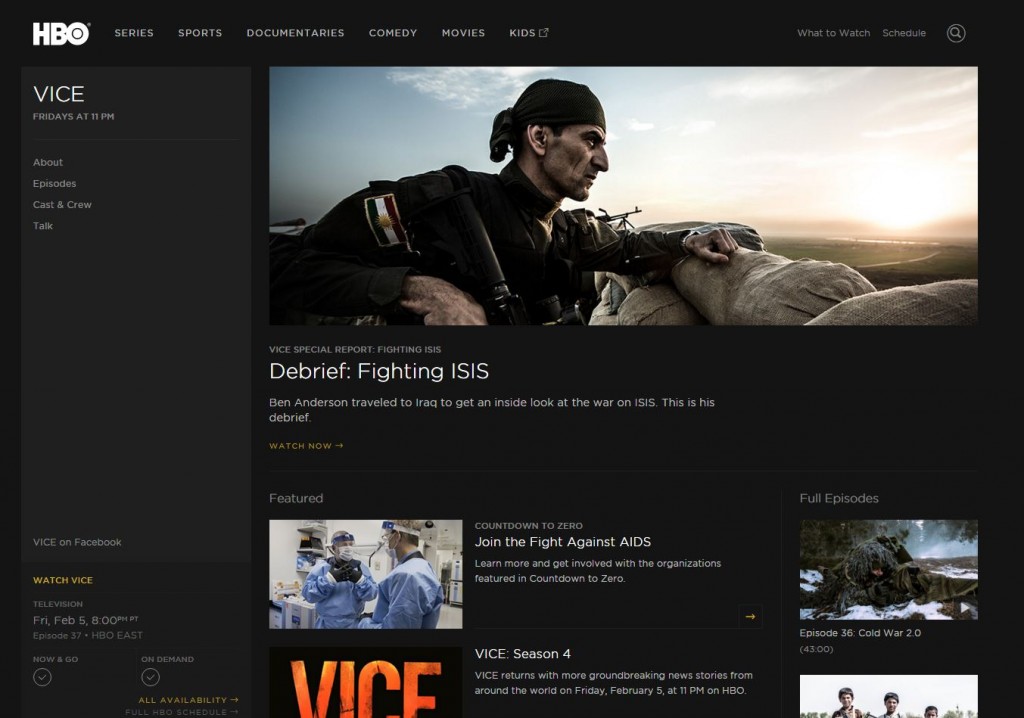 VICE is one of the programs that makes HBO “worth it”. It’s content you won’t get anywhere else and it really changes your perspective on the world. Stream VICE online and expect to return to the world a changed person.

If you’d rather own the VICE experience for all time and don’t want to worry about subscriptions, apps or streaming rights changing hands throughout the years you can always purchase full episodes of VICE on Amazon. From here you can live stream the shows from Amazon’s website or suite of apps. You can also download the full episodes of VICE to your device and even watch them offline, which might appeal to the travelers out there.

The same episodes can be found on Google Play and iTunes as well. Episodes are two or three dollars each so it won’t break the bank if you’re only interested in a smattering of episodes for your collection.

Refrain from Pirating Episodes of VICE

Some of these reporters put their lives on the line (literally) to keep Vice online throughout the year. You owe it to them and the idea of real journalism to find a legal way to ingest this content. Streaming Vice online may be a pain depending on the country or region you’re in but there are several legitimate options for doing so. Choose the one that works best for you!