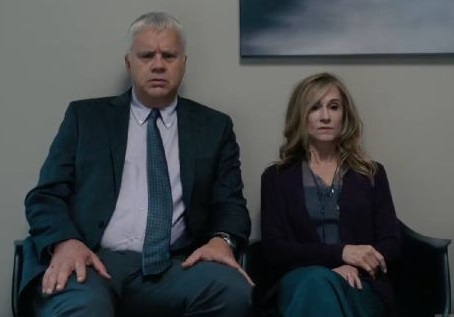 HBO has earned a reputation for airing some of the most thought-provoking family dramas with Here and Now being their latest production. A dark comedy, the series is created by Emmy and Oscar winner Alan Ball, the initial ten episodes of the first season focus on a multi-racial family. The series sheds light on the polarizing forces cast over American culture, through the eyes of a progressive multi-ethnic family. A professor and his wife decide to adopt children from Colombia, Vietnam, and Liberia who live alongside their own biological child and a Muslim family.

If thought-provoking dramas are your thing then Here and Now is as good as it can get. We look at how you can stream HBO’s latest drama online below.

If you want to stream Here And Now on HBO, AT&T TV NOW offers the best deal in town. For just $5 a month added to the $35 base package you can watch all things HBO. Generally, HBO costs around $15 a month so kudos to the service! Cord cutters can save even more money if they are AT&T Unlimited users because with it you get a $25 discount every month! Try the service free for 7-days by clicking below.

Sling TV Premium is another excellent service for anyone who wants to live stream HBO shows like Here And Now. Just add $15 a month for HBO to the $25 base package to start watching with zero commitment.

You can find out more about the service or start their free trial by clicking below.

The ‘Go’ app enables HBO subscribers to stream shows like Here and Now from iOS and Android devices. It requires that you log-in with your cable credentials to start streaming. However, if you’re not an HBO subscriber via the local cable service, then the ‘Now’ app. It is HBO’s a standalone service which only requires that you install the app and pay as you go.

Is Here and Now on Netflix or Hulu

Unfortunately, neither Netflix or Hulu has or ever will get HBO’s Here and Now. Both services are considered competitors by HBO to its own standalone service. So, it stands to reason that they don’t play ball anymore.

We reckon that you should be able to find and download episodes from all three services. Though expect to wait a while till they become available. Also, you’ll need to pay for each episode which in the case of Amazon Prime will set you back $2.99 a pop!

Other Ways of Streaming Here And Now Online

Above are all the legit methods of streaming Here And Now on just about every device. However, there are other choices some of which are free but illegal. We would advise against using illegal streaming services because they can end up with you being in prison. Not to mention the fact that your computer will be bombarded by malware and viruses which is never a good thing especially if you don’t want your identity stolen.