Cox makes getting HBO fast, cheap and easy. It already comes bundled with most of their packages. But it can be added to an existing bundle just as easily as it can be removed. That being said if you happen to switch to Cox during when they are running a special promotion it is possible to even get HBO free. You can call Cox to find out about their existing HBO deals.

Or grab HBO directly, without a cable subscription from HBOMax:

To add HBO to your existing Cox Cable subscription simply sign-in to your Cox account either directly via the official website or their Cox Connect mobile app. Then just click on HBO, Add to Favorites and you’re done. You can also click the Favorites button to see if HBO is already added.

Sometimes Cox Cable runs what they call ‘HBO Free Preview’ for a couple of days. The idea is to primarily let everyone know how good HBO is and so they can get hooked to the programing.

Cox Cable generally announces their so-called HBO Free Preview via social media a few days before it starts. So, you’ll want to like their Facebook Page and follow them on Twitter to keep up to date. The free preview runs a few times a year but it is for a day or two at best. So, you’ll want to catch it while its still hot! 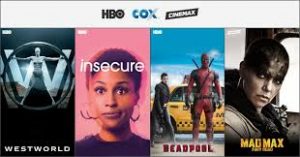 Most people want to ditch conventional cable in favor of the cheaper alternative i.e. streaming services. Fortunately, streaming services are as good if not better than their conventional counterparts. You have a tone of options many of which include HBO as part of their lineup. Amazon, Hulu Live and Sling are to name a few. They cost around the same if not slightly cheaper than a full-blown Cox Cable plan making them a worthy consideration. Plus, you also get free HBO deals depending on the service you choose.

Once you add HBO to your Cox Cable account make sure to use their streaming app on your mobile device. You can log-into HBO GO with the same Cox Cable credentials.