“On the signpost up ahead…your next stop The…” Oops, not The Twilight Zone (that is someone else’s IP) but Zelazny’s ROADMARKS for HBO, brought to you from R. R. Martin. Who and What, you ask? Let’s try that again. 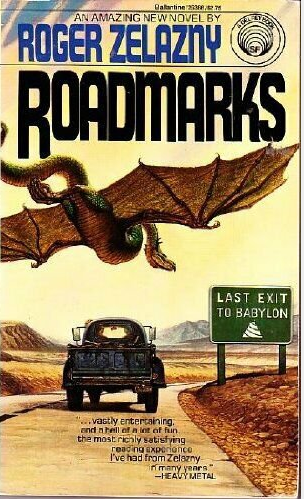 That George R. R. Martin is said to be an executive producer on a tale that was penned by SF&F author Roger Zelazny (1937-1995). Zelazny’s most noted fame was “The Chronicles of Amber” but he also wrote something called ROADMARKS among other works. That particular piece offers time travel via a highway that links all times and all possible histories. Exits from the highway lead to different times and places. Changing events in the past cause some exits further up the road, in the future, to become overgrown and inaccessible and new exits to appear, leading to different alternative futures. The narrator and protagonist, Red Dorakeen, has vague memories of a place or time that is no longer accessible from the Road. He runs guns to the Greeks at Marathon, trying to recreate history as he remembers it in an attempt to open a new exit from the Road to get back to that long-lost spot. Why the Dragons of Bel’kwinith made the Road—or who they are-—no one knows. But the Road has always been there and for those who know how to find it, it always will be and it will always offer a wild journey each & every time.

Also attached to the project is Kalinda Vazquez, who has written on Star Trek: Discovery and was a co-exec producer on Fear The Walking Dead. Vazquez, will write, exec produce and showrun the adaptation. So, she would be doing all the serious driving of this vehicle down the Road not Martin, who also has HOUSE OF THE DRAGON and a certain concluding tome to address. He will serve as more a navigator as the series takes shape.

We can mention the details of the piece at a later date but it seems a tricky piece to tackle. One is whether the series would take on the exact format of the novel. The novel alternates between non-linear “Two” and linear “One” chapters. The narrative becomes clear in the final chapter. According to Zelazny: 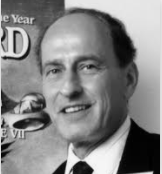 “I did not decide until I was well into the book that since there was really two time-situations being dealt with (on-Road and off-Road—with off-Road being anywhen in history), I needed only two chapter headings, One and Two, to let the reader know where we are. And since the Twos were non-linear, anyway, I clipped each Two chapter into a discrete packet, stacked them and then shuffled them before reinserting them between the Ones.”

So, if the series is structured accordingly, there is no real payoff until everything falls into place in the final episode? How confusing could the construct be if followed? Vazquez will have a unique challenge adapting the work if that is the case. Plus, the time jumps could be anywhen so what does that open up? Well, that’s just some thoughts off the top of my head, there is plenty of time to ponder all that.

There is, of course, no guarantee at this point whether the project will materialize as a full series for HBO, but Martin would think it cool. He stated,

“My career in television started in 1985 when I adapted Roger Zelazny’s “Last Defender of Camelot” for [TV]. Roger was a friend, a mentor, and one of the greatest science fiction writers who ever lived. It was an honor to be able to bring his work to television. That is why I am so thrilled to be a part of adapting Roger’s novel “Roadmarks” for HBO. We have a great book, a great screenwriter in Kalinda Vasquez, and the makings of a wonderful, original show.  I look forward to a long and thrilling journey.”

We will keep a lookout for the next signpost up ahead that tells us that this project is a go. Stay with us.