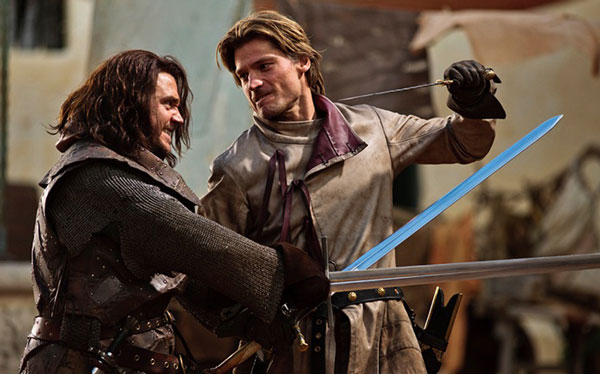 After a rather emotional confession in the bath, it seems like views of Jaime Lannister and his status as an arrogant, self-centered tool are showing signs of change. Begrudging respect is starting to form based on the righteous act he performed in his past that branded him with the title of “Kingslayer.” It’s a funneled perspective that makes us forget just who he is and what he’s done. He’s still a self-centered, arrogant tool but he’s starting to endure the consequences of the bad karma he spreads. After all, in the first episode he did push a kid out of a tower with absolutely no remorse. I mean, who does that?

Then there’s the whole killing Ned Stark’s men with the intention of killing him in the street. That happened too. And he strangled someone in a failed attempt to escape from the Stark’s encampment. The only thing worse than killing for pleasure is killing for ambition, to remove those who are in your way. One might say it should be the other way around, but which is more dangerous, someone who kills because they want to feel something, or one who kills and remains just as empty as the moment before he acted? Who has a greater inhibition towards hurting someone in their way? During Stannis’ assault on King’s Landing, odds are you were rooting for the Lannisters to beat them back. It’s likely that’s only because Tyrion is awesome, but how does one compare Joffrey’s pompous bottom on the iron throne to Stannis’ calloused ass? A boy who at his weakest looks to others for guidance is better compared to a man whose resolute determination was hardened to the point that he could send thousands to their deaths for his overreaching hands to have a chance at snatching power. 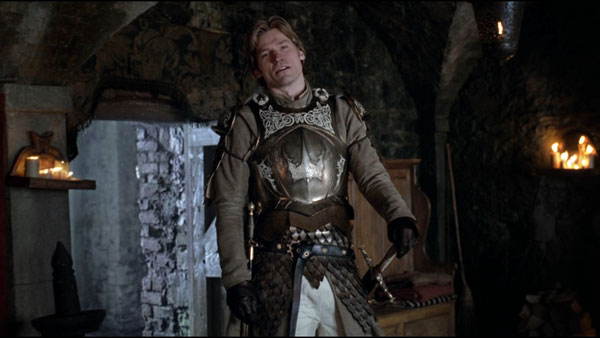 Jaime isn’t so ambitious. His only call to action resides in protecting his position. When he was wearing the uniform of the Kingsguard he acted in the way that benefited him the most. It’s only a coincidence that  the King happened to be a total nutter at the time, so he wound up on the side of basic morality. Kill the king to save the kingdom. Let’s not forget to mention that his Father was sacking the city as well. Would Tywin have spared the son that kept his vow to protect the king, or would he have  cut through to claim the prize atop the Mad King’s head? On a smaller scale, that’s all he did when he helped Brienne, and again self interest happened to intersect with doing the right thing. For the time being, she was the one person who didn’t want to take his head and put it on a spike. It’s only that these moments are drawn out so much that they seem like a change of heart instead of a strategic move. 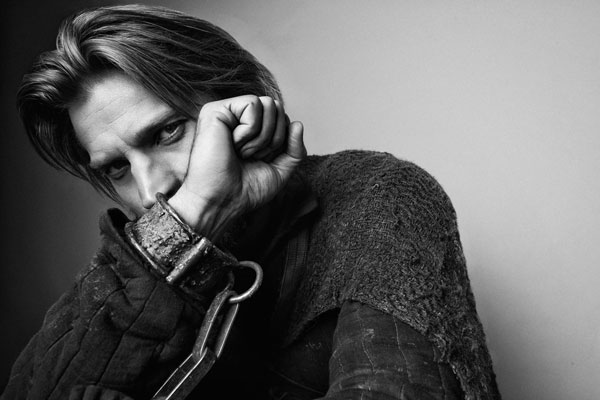 It’s not to say he can’t change of course. Maybe his bathtub confession really was the start of a slow, painful metamorphosis for him. Who’s to say he doesn’t actually care about Brienne enough that sticking his neck out wasn’t only for his own sake? Cutting off a swordsman’s hand is taking away his pride. Maybe now that some light can shine through something good can blossom in him. Or it’ll turn out he’s just as irredeemable as the rest of his family. Except for Tyrion, he’s awesome.

What do you think of Jaime Lannister?  Has he or can he redeem himself?  Give us your thoughts below.

Marc Price is currently a Sophomore at Rutgers University and a writer for Iheardin.com. He considers himself a movie buff and an avid television watcher, but witnesses would attest that a more appropriate description would be bordering on obsessive. Hoping to one day be a screenwriter, he takes it all in stride knowing that one day he can put all his knowledge of movies and television to good use.