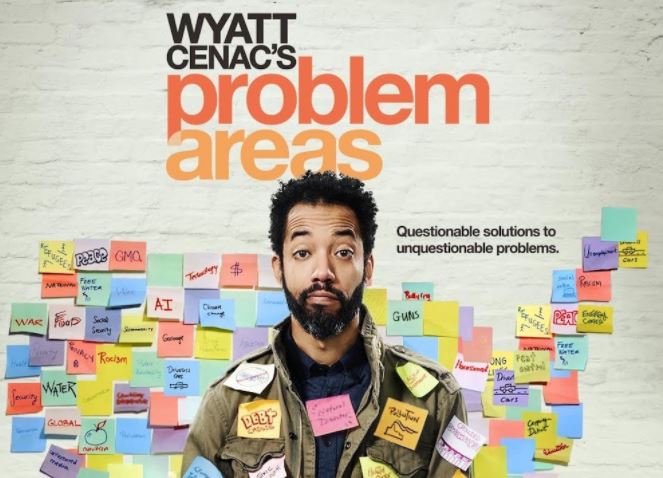 This past Friday, the 13th, may have been unlucky for some, but not for Wyatt Cenac because his HBO late night series debuted that night. The show is called WYATT CENAC’S PROBLEM AREAS. It debuted at 11:30pm and will reside there for a ten-episode run. HBO stated that Cenac examines a wide range of social and cultural problems facing Americans in the show, which will feature documentary-style field reports that serve as the focal point of each episode. These segments will take him around the country, from suburban Minneapolis to downtown Cincinnati to rural Texas, as he investigates systemic issues from his unique perspective. Cenac will also tackle more benign problems facing Americans, offering comedic solutions to everyday inconveniences. In addition, WYATT CENAC’S PROBLEM AREAS will feature in-studio commentary on current events, addressing issues and engaging the audience to keep the conversation going through social media. Before I even saw the episode I thought that it sounded fun, but it is a crowded field to venture into. 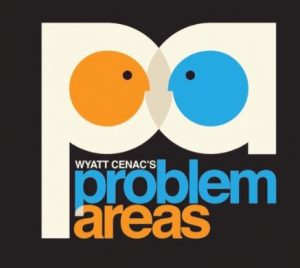 Let me explain. The TV landscape is packed with comedic talk shows tackling the issues of the day. On HBO alone are two of the big ones. REAL TIME WITH BILL MAHER has been going strong for so long that I’ve lost count on just how long and LAST WEEK TONIGHT WITH JOHN OLIVER wittily burns through a topic. Also, if you look at the type of political and social issues broached by these shows you could include VICE and VICE NEWS TONIGHT to the list, though those shows a more serious tone. Just how many people do we need talking about to topics that shake the nation right now? Is there room for a different way to address them?

HBO and Cenac think so. So does John Oliver who serves as an executive producer. The show’s first episode is called “Space Problems, Sh*t Problems, Minnesota Problems.” In it Wyatt lets us know that he doesn’t like the fact that billionaires are racing for space, states that dung is a great alternative fuel and that policing procedures needs his analysis. Here is a clip that includes a look at the set and Cenac’s style.

The end result is he says nothing new, especially about the main topic, but he does offer up a fun environment and style to bring up these problem areas. He lays it out that he will make policing his main focus for the run and throw in the smaller problems along the way. He will, no doubt, continue to throw in fun graphics and animation to make his half-hour. It is too soon to say whether his take is a winner or not. Come on, the space race problem shown above isn’t really a problem, is it? Maybe, he is just more annoyed that it is white guys doing it? We’ll see where it goes, but at least the first episode was fun. What do you think?