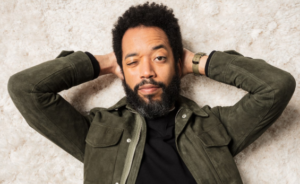 It seems that after canvassing the country and addressing big issues, or should I say ‘problem areas’, we face Wyatt Cenac’s analysis is over and done. The show, assisted behind the scenes by producer John Oliver (of LAST WEEK TONIGHT), has been canceled. And it has been done so rather abruptly it seems.

On Friday, June 6 at 11:00pm ET the show debuted the last installment of its second season. We detailed all that in the monthly ‘What’s On” post. He was concluding his examination of U. S. school system; his concluding topic was segregation still happening in schools.

Of course, HBO doesn’t make large declarative announcements that a show is canceled. The new regime made the call and the show is done for whatever reason and eventually, someone learns of the news. We found out via a Google Newsfeed that a number of sites that track current programming found out via Twitter. So, we went to Twitter ourselves to read it firsthand. We also found it, as the other sites did, not on @ProblemAreasHBO but via @WyattCenac.  Here is the related content:

Now, I don’t know about any of you but I enjoyed his take on the issues. It wasn’t a show I had to sit down and watch every Friday night, but something I’d catch on HBOGO and take in one or two at a time. Everyone is out to give a piece or their mind or try to highlight the hot topics and supposedly enlighten us from their perspective. Some have learned to make it more palatable by using their own style of humor to get the job down. And that is what Wyatt Cenac has tried to do. No, not tried to do but DID do. And it seems he had the impetus to keep on going. I hope he does somewhere but I guess not at HBO. Peace out Wyatt!