Just today, via an official press release, comes word that WINNING TIME: THE RISE OF THE LAKERS DYNASTY gets another round of play next season. Francesca Orsi, Executive Vice President, HBO Programming, stated, “It’s been a thrill to bring WINNING TIME to life with Adam McKay, Max Borenstein, our phenomenal producing team, and this incredible cast. This series not only tells the riveting story of the Lakers’ rise, but is also a look back at a transformative era in basketball, celebrity, and the city of Los Angeles. We can’t wait to see how this team will tell the next chapter of this dynasty.” 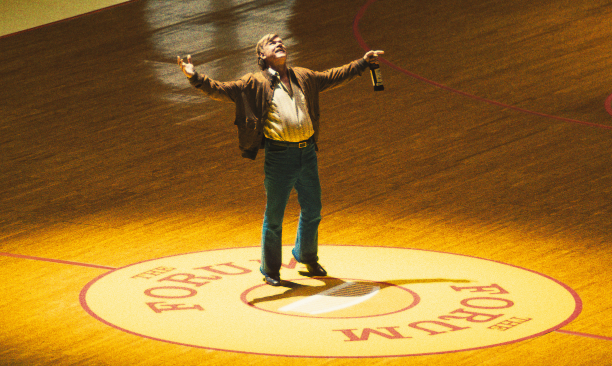 The Los Angeles Times called WINNING TIME “a rollicking tale of flash, cash, and clashes.” Vogue declared it “the escapist sports drama we need now,” while Rolling Stone called it “a hell of a lot of fun to watch.” This past Sunday’s fifth episode (04.03.22) delivered a series viewership high of 1.2 million viewers across platforms on premiere night, a 37% increase from the first episode. That means more and more viewers are getting engaged in the story and enjoying the trip back in time to when this b-ball club and those in the boardroom behind them changed the game forever. The series starts us with “The Swan” where Jerry Buss (John C. Reilly) takes a bet and puts all in on the lackluster Los Angeles Lakers and Earvin “Magic” Johnson (Quincy Isaiah), the standout rookie. Over the episodes, there is a lot of back and forth between the owners and the coaches on how to build a winning team. By the fifth episode, “Pieces of A Man”, we have a B-Ball team filled with personality, swagger, and style ready for its season opener. 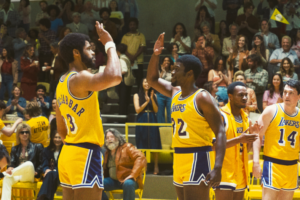 The ten-episode first season will conclude on Sunday, May 08, on HBO and will be available to stream on HBO Max. Unfortunately, HBOWatch has not been able to cover the series, but the fun, retro feel really seems like a blast. Have you been watching WINNING TIME? We would love to hear what you think about it. Enjoy the rest of Season One and look for Season Two in 2023. It’s a real slam dunk!