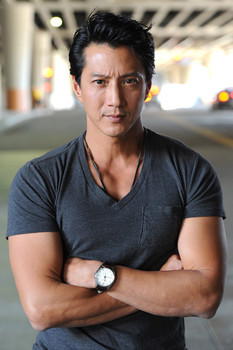 Each season we typically see a flurry of new faces on True Blood. This finale season will be no different, it seems as the talented Will Yun Lee will be guest staring on a handful of episodes. You might remember him from The Wolverine, Bond film Die another Day or the new Total Recall. No? Well you’ll get to know him this season anyway.

He’ll play Mr Gus, a Japanese businessman living in Texas, whose bigger-than-life, urban cowboy demeanor nearly rivals the size of his large Stetsons, Gus is out for revenge and will stop at nothing to get it.

Ya’ll come back now ya’hear? HBO released nine new photos from the new season and we’ve already micro-analysed the latest trailer so give those a looksee if you’re dying in wait for the final season. Just remember: the faster season comes the faster True Blood will be off the air forever.  Okay, I sound like someone’s lame father right now so we’ll leave it there.