Individually, the news items below really couldn’t generate posts on their own nor was it all the right kind of information for a Development Slate piece. So this writer settles for this format to get this news to you.

BALLERS is already slated to be a series on HBO. We haven’t heard a whole lot about Dwayne Johnson’s comedy gig for HBO, but one quick report states that the show is in production. The following Tweet is proof:

For those who don’t know it, a ‘table read’ is where the production staff sits around with the cast and reads through the scripts so everyone is on board with what is going to happen. It is usually the last thing done before the call sheets go up and everyone reports to the set. The comedy will likely shoot then up to the holidays and either complete the filming by then or take a break. The show will get to us sometime in 2015.

Now, for a quick reminder of what BALLERS is about. Johnston will play Spencer Strasmore, a retired NFL player, which Johnson is also.  He is joined by Rod Corddry, Omar Benson Miller and others as they look at what life has in store for them after their professional athletic careers come to an end. We will keep an eye on how this one develops. 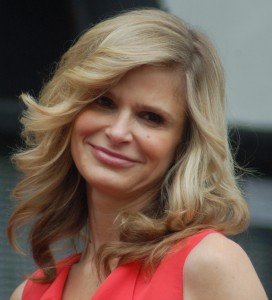 Her last stint was The Closer, but her next one just might be a single-camera comedy for HBO. Kyra Sedgwick has linked up with show creator Kari Lizer (The New Adventures of Old Christine, Will & Grace) to create a half-hour gig. We don’t know much more except for a description of the main character.

It is to be all about a nun from the Sisters of Mercy, but she is disillusioned by the lifetime of commitment to the church and her marriage as well. It distresses her enough to leave both.  That leaves her trying to figure out who she is without her vows and what it means to be an ordinary woman. A person who believes in believing, she’ll try to figure out what or whom she’ll put her faith in next. Sedgwick is our nun and Lizer will craft and write the comedy which, at this time, is untitled. Interested in seeing Kyra doing some comedy for HBO? 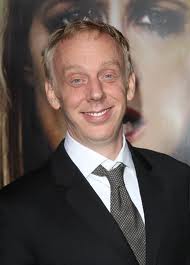 Mike White is giving HBO another idea.  Don’t forget he was responsible for Laura Dern’s ENLIGHTENED that ended to soon. He also has credentials that include penning shows like Dawson’s Creek, Freaks and Geeks and the movies School of Rock and Nacho Libre. HBO has just picked up the pilot script for another concept that may be an addition to White’s resume. It is MAMMA DALLAS.

White wrote the script and will direct the pilot. Once HBO gives it a gander they will determine whether they like it enough to have it go to series. The odd thing about this news is that we literally have a title and that is it. There is no tagline, or simple descriptive sentence or character outline or anything to go on to tell us what to expect. That will all change if he show gets ordered to series. Evidently the concept, whatever it is, was good enough for HBO to take it to the next step. In the meantime, we have to wonder who Mama Dallas is.

There you have it. None of it is much to go on; we will just have to wait to see if White and Sedgwick make it to air and when Johnson’s comedy will debut.