After nearly four years of love, horror and betrayal it’s hard to imagine Sunday evenings in the summertime without HBO’s True Blood.   But like all good (bad, bad) things, the show will someday come to an end.  A few are even calling for the show’s ‘true death’ right now.  But critics aside, the show continues to see financial sucess on all fronts.  Some may see this summer’s installment of the program of True Blood as it’s last but here are just a few reasons we doubt this beloved show is going anywhere soon. 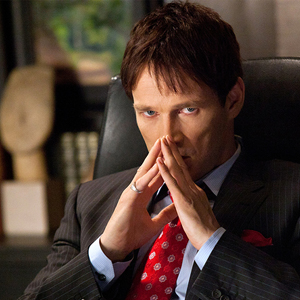 HBO isn’t a network that cancels a show soley based on ratings anyway but for it’s part, True Blood seems to be holding steady about around 5 million viewers per episode (with higher numbers on premiere/finale nights).  These numbers fail to take into account subsequent airings, viewing parties and HBOGo watches that would most likely boost ratings.  But even setting that aside, True Blood is one of HBO’s top three programs with numbers comparable to Game of Thrones and Boardwalk Empire.  There is even a case to be made that True Blood is HBO’s strongest performing program.

In television, numbers are everything.  TV executives, even those are the usually pragmatic HBO, often find themselves awash in a sea of analytic data.  When looking at these numbers day in and day out it would be tough to even consider cutting that number one program from your ranks.  But if one episode of True Blood purportedly costs around $3-5 million to produce ($50-60 Million per season) you’re going to need to make that back somehow.  Keep reading to understand how HBO surely makes that and more from True Blood.

One of the more obvious ways HBO makes money on a program is through DVD and Blu-Ray sales.  Earlier I quoted a season of True Blood at ~$50 million.  With that number in hand would it surprise you to learn that the first season of True Blood on DVD brought in a staggering $26 million dollars… in it’s first two weeks?!  Now those numbers may have declined with subsequent seasons but even the third season  debuted at #1, and that’s based on UNITS sold, not dollars!  The bottom line is this: HBO makes half of it’s money back on any given season of True Blood immediately following it’s digital release.  Not too shabby considering all of the other tangibles and intangibles True Blood has going for it. 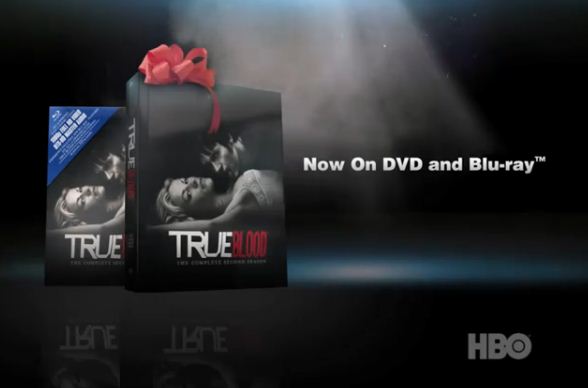 Syndication and overseas deals are super-lucrative

More and more television programming is becoming a global concept.  And why wouldn’t it?  The massive populations of Europe, India,  and China are not only producing their own quality programming but consuming more American syndication.  HBO sells its shows to other networks at quite the premium.  By one estimation HBO are looking for around $800,000 to syndicate a single episode of True Blood.  This means that if one other network decides they want to air a season of True Blood, they’ll be picking up the bill for about 15% of the total cost of producing the show!  These numbers just don’t look like they’re coming from a show in danger of being canceled any time soon, do they? 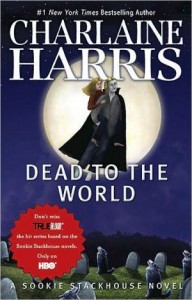 There’s so much source material left

Although the creator of the Sookie Stackhouse, Charlaine Harris, novels (of which True Blood is derived) has stated that the series will not go on forever, the content Alan Ball has presented on HBO has yet to utilize even 75% of what has been written.  This isn’t to say that the show hasn’t severely deviated from it’s source material but the fact that there is so much story left to be told gives fans hope that the show is far from over.  Could you imagine HBO canceling Game of Thrones after the events of Storm of Swords? (Season 3)  There would be blood in the streets! (and not in a good way)  HBO may decide to hastily wrap up the series in the next two seasons but I’d predict the show continues until at least 7 full season have run their course.  That means season 5 this summer and two more bloody summers after that.  They have to give us some time to prepare our fragile vampire-loving psyches… don’t they?

This doesn’t even take into account the merchandising that most likely all parties don’t want to stop any time soon!

Fans Don’t want it to end

True Blood is one of those shows that actually drives subscriptions.  Most people probably don’t pay the extra $25 / month for Treme or Hung or even Eastbound and Down.  True Blood is one of those shows that people talk about the next day, a show that everyone knows about and is part of the fabric of our culture.  Much like The Sopranos, Sex and the City and now Game of Thrones, there are people out there who subscribe to HBO for this show exclusively, and may or may not rethink their subscription the day it went off the air.  The main criticism of the show I’ve heard is that it seems to be getting more insane, with more characters and more inexplicable situations every seasons.  But what did you expect from a show like this?  The werewolves, faeries, witches (and explicit sex involving all three)  are exactly what the show’s fans are pining for.. and they’re finding it-  only on HBO.

But that’s just our opinion, what do you think?  Leave us a comment below and vote in our poll to express your own views!