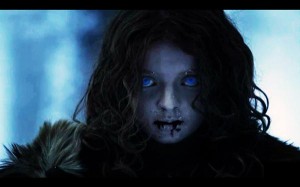 HBOWatch: We’re proud to welcome a new guest writer today!  Lauren is an avid reader and writer, wannabe world traveler and hip hop dancer with non-profit fundraising super powers.   Also known to exaggerate her snowboarding abilities and relate her every life experience back to Game of Thrones.  Follow her on Twitter @LG_enius!

In the Song of Ice and Fire series no one is truly dead until you see their heads roll… or until their bodies are burnt. In season one of the HBO adaption, we were introduced to the hauntingly memorable beings known as the white walkers. Their power and prowess were only trumped by their ability to turn the dead into fearless, murderous monsters called wights.

As you recall, the Lord Commander of the night’s watch was targeted and attacked by two of their own men, who were thought to be dead. While these undead are no longer their own person, they obviously retain some of their memories from their human lives since they knew exactly where to find the commander’s quarters.

I found the wights a truly intriguing part of the series and began to think of funny, albeit far-fetched, ways they could return in the following season.
We know that these wights seem to only exist north of the wall or thereabouts, but for the fun of it, let’s suspend this knowledge and ask ourselves: who would we want to see return as a wight in season 2 of Game of Thrones? There were quite a few dead or missing cast members at the end of season 1, many of which that could retain some very interesting memories…  Remember Season One?

Here are my top picks:

1. Viserys Targaryen
Aside from just wanting to see the wonderful Harry Lloyd again, Viserys would make quite the interesting wight. Though I’m not sure that wights are vengeful, there is no doubt he could make trouble for his dear sister. He would certainly be a horrifying image. I can see his molten crown now, and his pale eyes, made even paler, fixated on his prey.

2. Lady
Yes, Lady, the direwolf. Though she was the well-mannered one of the pack (much like her master), she is still a direwolf and therefore, powerful. And transformed into the undead, she would only become more deadly. While I’d love to see Lady exact her revenge and drag Cersei into the woods screaming, the only thing worse than an undead direwolf would be and undead Cersei. 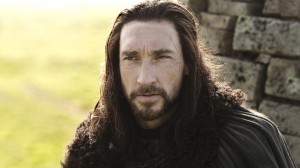 3. Benjen Stark
Now this one could have a distinct possibility of really coming true. Jon holds out hope that his dear Uncle Benjen, who was lost while ranging north of the wall, will return. What if he did return? But with cold flesh and those dead, pale eyes characteristic of the wights. Even if he was a monster, could Jon look into the eyes that once belonged to his uncle and destroy him? It would certainly make for good television!

Remember these are not predictions and they are purely hypothetical. I am in no way suggesting that wights would show up in the Dothraki Sea or King’s Landing in season 2. But then again, who knows? The directors have said that they are planning some additions to George R. R. Martin’s plot…
I gave you mine!  Now, I want to hear yours!  Leave a comment below and tell me which supposedly dead character you would like to see return in Game of Thrones Season 2.