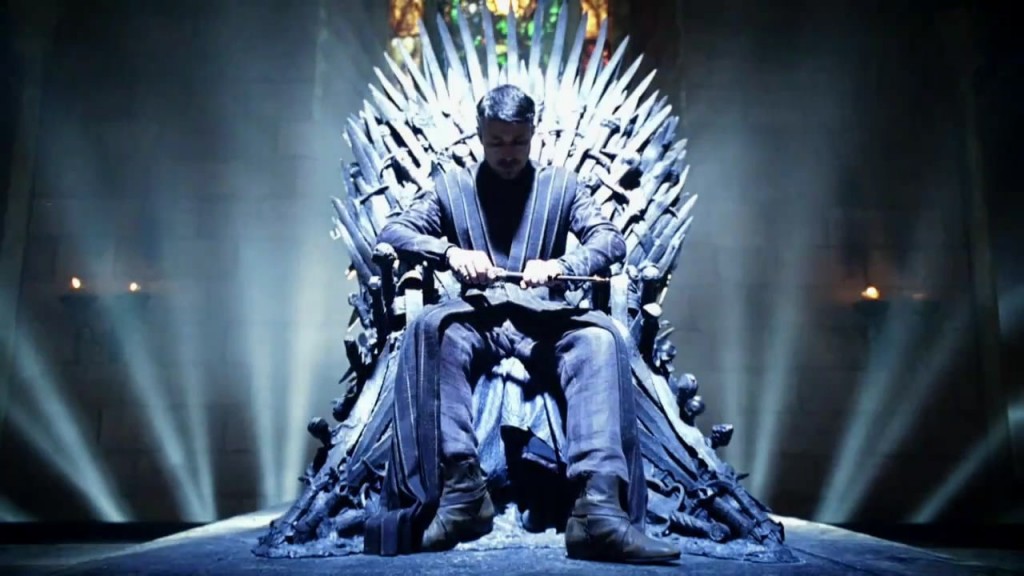 With the death of Robert Baratheon, Westeros has fallen into a conflict the locales have coined as the War of the Five Kings and what modern historians would describe as a succession crisis. While someone is recognized as sitting on the Iron Throne, it is the legitimacy of that person to sit there, the legitimacy of their power to reign, that is questioned by all the various actors we have in play. The world of a Game of Thrones is one where ‘might makes right’ and questions like “Well who made you king?” are answered at the end of a sword , but what if we were to take the civilized manner and cram them all into a court room to settle things? Who would be sitting on the Iron Throne then?

Now, we must first recognize that Westeros is a fantasy setting and seems to have its own set of rules about things, particularly when it comes to genetics. Features like hair color seem to be consistent through generations even when meshing with other families. The Baratheons have black hair, the Lannisters blonde, and the Targaryens are famously white or platinum. But much of their court system reflects medieval European values and the situations the characters find themselves in reflect a mish-mash of elements found throughout royal dynasties in England, France, and Spain. While Westeros can seem like a vast, complex place with plenty of inter-locking characters, our own history is much, much worse and there are a number of examples we can draw from to answer our question. 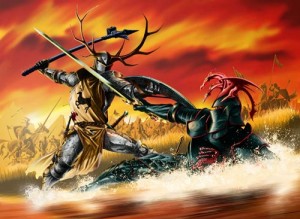 First, the obvious. Ignoring all other nuances of Westeros court, they apparently work on a classical system known as Agnatic Primogeniture. This states that succession must follow the male line through the family, starting with the firstborn onwards. This is why Cersei did not become Queen full-stop upon Robert’s death, but only Queen Regent, ruling as an advisor for King Joffery until he comes of age. Joffery still has the final say in all things as he is “of the male line”. However, we, and much of the Seven Kingdoms I suspect, know that Joffery has no legitimate claim to the throne as he he born both out of wedlock and is not from royal blood. You could make some backwards argument about how he could have claim because his mother is Queen Regent, as say King Edward III of England had claim over the French throne through his mother, but only by performing some generational gymnastics so that Robert is recognized as Joffery’s uncle and that would be a bit weird. Cersei reveals in the first season that she once had a boy, black of hair, who died at a young age. This would have been the legitimate heir to the throne, but either through some cruel fate of nature or Cersei’s own meddling, this did not come to pass. The Lannisters have always had an eye for the throne and have come very close with both Tywin and Tyrion as Hand and Jaime in the Kingsguard, but Cersei is there first direct connection to that position and we can see them pulling out all the stops to get what they want. This really tells you all you need to know about the utility of marriage and female members in medieval noble households. 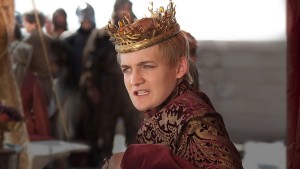 For all the Lannisters plotting however, it all could have been spoiled with a single male heir anywhere in the Baratheon line, and this is where our crowned stags come up short. While Robert had no shortage of children, he avoided having any where it counted. Stannis lacks any male heirs and Renly obviously had his mind on other things, possibly seeing the throne as well out of his reach and the burden of continuing the dynasty on everyone elses’ shoulders. This is why we see Joffery take special care to wipe King’s Landing of Robert’s bastards and why Gendry could still be an ace-up-the-sleeve of Baratheon royalists, as he could still be legitimized and championed by Baratheon royalists who would have more legs to stand on than any Lannister claim. But ignoring bastards, situations where a lack of male heirs leave a gaping hole in succession usually mean that the succession falls to the next brother, and in this respect Stannis has been right all along, being younger than Robert but older than Renly. Historically, both Richard the Lionheart and King Edward VIII were succeeded by their younger brothers when no male heirs were present so there is precedent for such a transition, it’s just this time other factors got in the way. These sorts of conflicts have been settled in the past in interesting ways however. After a period of upheaval called The Anarchy, which lasted from 1135 to 1153, the Treaty of Wallingford was signed which allowed the more direct heir to reign on the throne until his death, but only if he recognized his cousin’s son as his heir instead of any of his own. Such a deal could have been struck between Stannis and the Lannisters if the Lannisters wanted to play for future prospects, but obviously Stannis feels he has a bit more, ahem, vigor left in him and has aspirations for producing an heir and thus continuing the Baratheon bloodline. 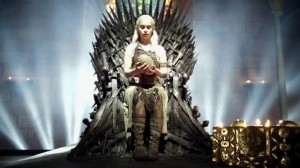 All of this could still be brought into the question with the return of a Targaryen. While the Baratheons are recognized as the current royal line, they gained such a position only by usurping Targaryen rule. In our hypothetical courtroom would crown by conquest be considered legitimate? One could say that many years have passed since a Targaryen rule so the Baratheons should be considered legitimate by now, but if we’re measuring it by length of time, then the Targaryens have a few hundred years of royal rule up on the Bartheons, with the Lannisters not even entering that equation. Medieval kings had a way of clearing up this problem, which was to declare that they had Divine Rights handed down by God. This provided them with complete authority over all matters political and spiritual, so if a king and his line were the royal line, then so it was. Interestingly enough, religion does not seem to play as much a factor in the Westeros royal court as it did in England, which swapped between a number of religions almost as often as it did rulers. So the question of legitimacy, particularly when it comes to usurped kings, seems like it must fall to popular support. Catherine the Great “usurped” the throne from her husband and ended up as one of the greatest and longest ruling regents Russia has ever seen. And both William the Conqueror and William of Orange were able to usurp and then maintain their rule, even though they were foreigners to the scene, and are now considered among some of the most historically significant kings of their time. While it remains to be seen whether Daenerys will arrive as a conqueror or as part of a bloodless Glorious Revolution, the facts are laid bare; if the Targaryens want to sit on the Iron Throne again, they’re going to have to do it by building support from the bottom up or by lopping somebody’s head off.

But that simply brings us back to our beginning, and our courtroom is left to wonder if might does make right and if so then what vestige of legitimacy really lies behind any governing power. If you have the will, the money, and the support, no matter who you are the throne could be yours by right as well. As Varys tries to explain to us with his riddle of the king, the priest, and the rich man, power is an illusion and it resides only where people think it resides. While we may make the mistake of thinking the game of thrones is one of conquest and subterfuge, we can see it is all really a sleight of hand, an illusion of sorts, all about casting a very large shadow where only a small one among many really exists.

Adam St Pierre  is a first time writer here at HBOWatch and we hope to hear more from him soon!  Follow him on Twitter for the latest on his work.