This is the first of three posts that have been created by a guest writer for HBOWatch. If what’s offered is seen favorably then ANTHONY DAVIS will soon be a permanent writer for the site. Good luck, Anthony! 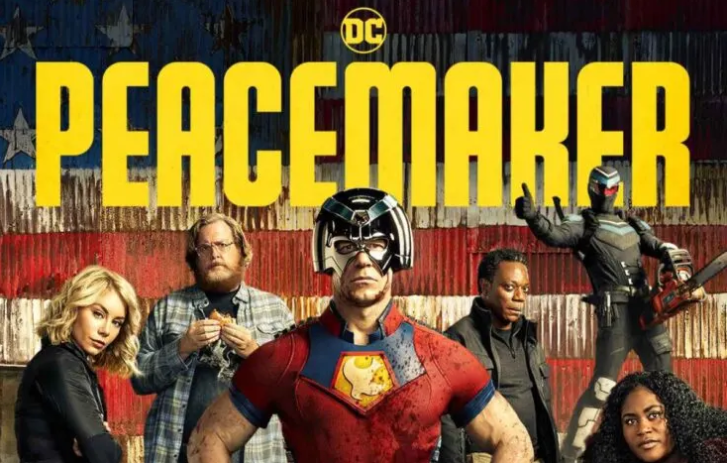 With Peacemaker wrapping up its first season on HBO Max, complete with a fantastic ending that you should watch, it brings up the question: What does DC have up its sleeve? As Marvel brings in some heavy hitters like Spiderman: No Way Home DC has some big steps to take if they want to keep up with Marvel. I think now is the best time for DC to make a comeback. 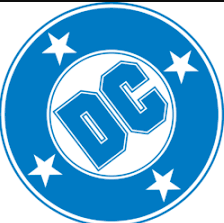 DC has had a good streak of movies building up their expanded universe. But with Marvel’s Endgame wrapping up a long line of their movies and losing contracts to some of their best actors, namely Robert Downey Jr, this is DC’s time to strike. It’s not like Marvel is going to run out of things to throw at their audience. Spiderman’s latest and works like WandaVision have shown that Marvel has a few aces up their sleeves but DC has an opportunity to give the fans their own Endgame. Before they can do that DC has to build up to such an event. Enter Peacemaker.
Peacemaker brings in several new components to the DCEU including but not limited to Peacemaker himself, the White Dragon, the Butterflies, Judomaster, Amanda Waller’s daughter, Vigilante, and many more. Enemies, good guys, friend and foe alike. The series has its little corner in this universe and season two, which is likely to come after season one’s success, will bring in even more people to its ever-growing cast of misfits. The DCEU needs this and much more for its
foundation. While they may be making good headway with their movies, they could always give the fans a peek behind the blockbuster movies and further examine the lives of some more of its smaller characters. Who could this be? Let’s talk. 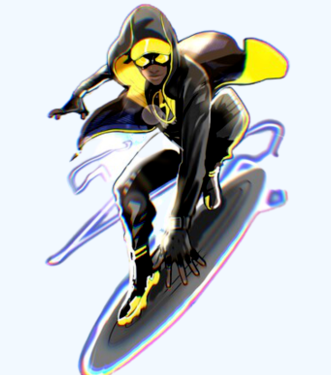 With fun alien antagonists like the Butterflies, DC might want to keep up the extra-terrestrial game and who better to do so than with the Blue Beetle and his movie estimated to come out in 2023. Doing a Blue Beetle movie and live-action TV show might be a bit much so why not call one of Blue Beetle’s friends: Static. Blue Beetle and Static have had run-ins with a group of aliens called “Reach”. The Reach is a tech-heavy species that have taken thousands of worlds and plan on taking more. Static can manipulate electric and magnetic forces giving him crazy powers. With the ability to gather energy the guy is a walking taser or EMP. This could be the perfect spot for our hero if DC decides to put him up against the Reach. It’s not out of the realm of possibility seeing as there was already talk of making a live-action Static, possibly starring Jaden Smith, that has seemed to be pushed back. 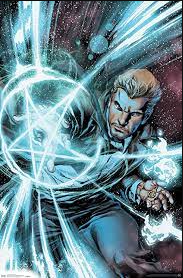 If DC wanted to take a look at the mystical and magical side of things there is no shortage of heroes to pick from. You could take a look at Zatanna, Doctor Fate, and fan favorite drunk Constantine. In a live-action setting, and with a high enough VFX budget, he could go toe to toe with Doctor Strange himself. Do you want villains? How about demons, nightmares, and the boogeyman to start your Monday night. To delve into such a story practically writes itself as you are not tied to this world or even specific magic users. I would bet money fans of Constantine: City of Demons would watch him every week because I know I would. 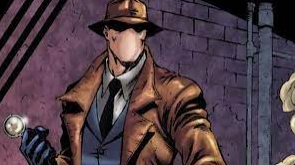 Since Batman has taken the big screen and has a new movie coming up in March, DC could want another detective to occupy the world of television. Enter Question. Don’t you want to know how global warming is connected to boy bands and fluoride? I sure do and Question is the man to do so. As for his powers Question doesn’t have much. He is trained in hand-to-hand combat but where he shines is in his detective work and journalism skills. When it comes to detective skills the Question may be second only to Batman himself. Want some bad guys? How about everything from the Governments of the world, pharmaceutical companies, the meat industry, and more. Question is an excellent choice for DC to pick if they want to hint at future movies and shows. Conspiracies to us could be references in disguise. In today’s society, we’re all connected and the Question knows how we’re really connected and why.
Perhaps DC wants a more obscure group of heroes like Peacekeeper. Enter Hawk and Dove. They are a red and blue tag team duo able to keep up with the best of them. Dove is hyper-vigilant, has enhanced agility, healing, and a high perception. Hawk on the other hand has super strength, speed, agility, stamina, and a healing factor all his own. Dove helps to suppress Hawks rage and keeps him in check. With villains like Necromancer, D’Khan, and counter villains Swan and 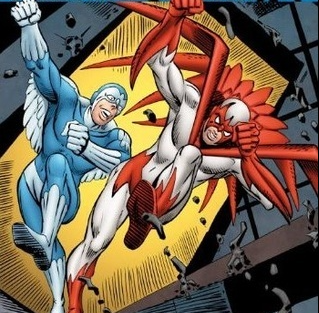 Condor Hawk and Dove may have their hands full. If they don’t, you could always throw a crime boss at them like Carmine Falcone or a henchman of Lex Luthor’s. The last time I saw Lex he was headed for Arkham Asylum so he could be the antagonist controlling the outside world from within. You could even get Wildcat or Wild Canary to be their close combat mentor.
We all want the next big movie to watch but DC can captivate us with aliens, magic, conspiracy theories, and the obscurest of heroes on HBO Max in the meantime. Since Peacemaker was successful it wouldn’t be out of the question to say that we will
be seeing more DC TV shows. When you have such a great library of heroes and villains it’s only a matter of time until we’re hearing about the next great project for the DCEU. And HBO Max is the perfect place to house them. The real question is: What is DC lining up for us? Who DC is lining up for us? Maybe we will see an extra-terrestrial empire with Static, a mystical delve into the dark side with Constantine, Question in the search for truth, or another group of hardly known heroes like Hawk and Dove. Whatever it is I’m excited to see what’s next!
Those choices are just the tip of the cowl. Which DC characters would you like to see get an HBO Max live-action series?