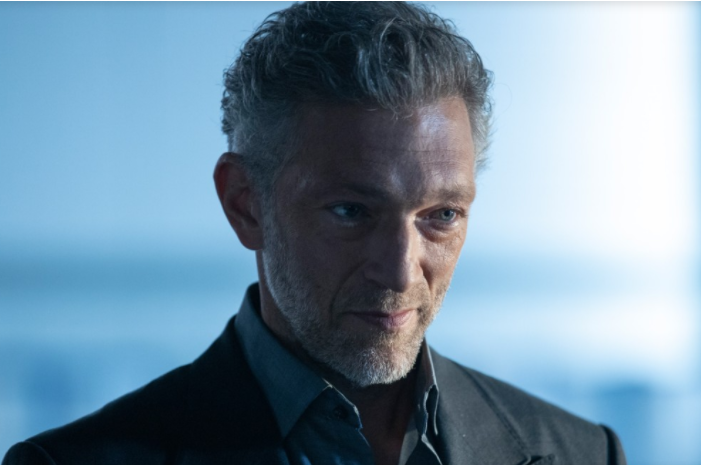 In this episode of Westworld, we get to know the man behind Rehoboam (the AI system). It seems Engerraund Serac’s childhood was troubling; his childhood home was destroyed. and out of that chaos came an idea that may have seemed genius at first, but as we all see later on – it turned quite deadly. it was bred from this notion that you could control the population by using people’s personal information, literally against them. This is a scarier form of Big Brother watching us, because in this instance if you don’t conform to ideal behavior, you end up being ‘fixed’ to become a more viable product, a person that will, in the long run, end up fitting in. Serac has a personal stake in this because of his brother – who had erratic tendencies and what could possibly be described as mental illness (possible manic depression, maybe a bipolar diagnosis, perhaps). Serac is a control freak who would do anything to achieve his goals. It is revealed that Liam Dempsey Sr. was brought in as a wealthy investor who was quite content in making boatloads of money. He became greedier as time went on. Serac knew this was going to be a problem, so he corrected the issue. Murder was not off the table as a means of achieving this goal. Placing your brother in an institution is also fair game. Perhaps Serac is not the ally we all thought him to be. Especially seeing how ruthless he was in his past (murdering Who’s the bigger enemy here, Serac or Dolores? 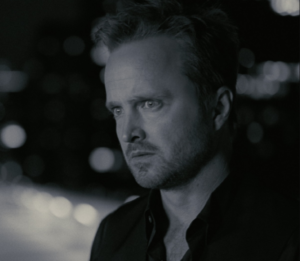 Caleb gets a considerable amount of screen time this episode. He, part of Team Dolores, ends up getting jabbed with a party drug (“Genre”) while en route through a tunnel. Liam Jr. was attempting to negotiate with Caleb, warning him to be wary of Dolores and that’s when he gets poked with a tiny needle. What happens next to Caleb is exactly what Alice must have felt, as she tumbled down the deep tunnel, on her way to Wonderland. Some scenes are shot in black and white, while others are in vivid rainbow colors. Caleb is under the influence of something trippy. A car chase turns into a weird, nightmarish ordeal in which Team Dolores must escape the forces that Serac has unleashed. They are in this tiny little car, while Serac’s thugs are in black SUVs and the chase in on. Fortunately for Dolores, Caleb is ex-military and an excellent sharpshooter. Likewise, Caleb sees that Dolores came prepared with guns and ammo. The famous classical score, “The Ride of the Valkyries,” sets the tone as they blast their enemies through the streets, including one cool drone bullet sequence. In one particularly ethereal scene, Caleb glances over at Dolores during this sequence and dare I say…is he beginning to develop feelings for her? Or is it because he’s riding out a drug-induced feeling of euphoria?

Caleb’s criminal friends, Ash and Giggles, show up on the scene to help. Dolores has gotten access to some damaging information from Incite – which is what Serac was trying to prevent – and this is just the start of the decline of humanity. People will turn to their most base instincts when threatened. It’s awful and devastating. Aboard a subway, Dolores decides to give a little taste of what’s to come. People on the train immediately start to receive their data profiles, choices and see their cause of death – it’s very unsettling and scary. That kind of information has the power to turn people on each other. Ash and Giggles get a preview of what their lives are going to end up like while wearing those specially formulated glasses and the news they received was less than flattering. I wouldn’t want someone to tell me what’s in store, that kind of information can send a human into a bad panic attack of sorts and you see glimpses of it later in the episode. 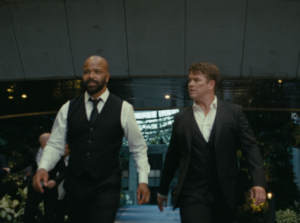 Bernard and Stubbs have some brief screen time – to infiltrate Incite – where they stumble on Dolores’ team member – Connell – and this is where you see Bernard and Stubbs realize what’s going down. Bernard can verify, from watching the giant screen above him that Dolores has now accessed people’s personal information and unleashed it. Exposing this private information will lead to chaos, which appears to be on Dolores’s “to-do list.” Think for a moment: how would you truly react, if all of your personal information, including the time of your death and cause of it – were revealed to you at this very moment? Can you control your fate? Can you change destiny? Liam Jr. dies on a beach, even after a feeble attempt by Caleb is made, to prevent further blood loss. It doesn’t matter; Dolores has his money, has all the access to the necessary information and Liam is a loose end that got tied up.

Serac’s agents are never far behind and during an attempt on Caleb’s life, Dolores just casually steps in front, taking bullets that are supposed to be for him. No biggie, ‘doesn’t look like anything to me.’ Let me just zip up my jacket, even though I’ve been shot a few times and carry on like normal. Caleb looks stunned and you can clearly see that this is when the drug-induced trip he was on wears off. Serac and Dolores have a virtual meet, and now we have two very different people with different missions facing off. Here’s the thing, we’ve been watching Dolores, seeing her plans, her murder sprees and pointing the finger, claiming she’s the villain in the third season. We’ve been made to think that, given the past couple of episodes. Hearing conversations between Serac and Maeve had made us think nothing less. After observing events that have taken place in Serac’s past, we are now faced with the possibility of another villain in this series. He’s draped up in finery and all the things that money can buy. He’s slick, well versed and has access to all information needed to blackmail, extort or threaten anyone that gets in his way. Dolores, for her part, is like the T2 machine – she won’t stop until she gets rid of Serac and builds her new world. Anyone who isn’t with her is 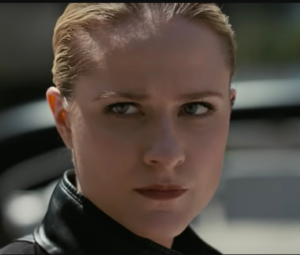 against her and usually ends up dead. Exciting times.

Have we been wrong about Dolores all along? Is Dolores the savior and Serac the true villain? Have we been rooting for the wrong person all along? When and where will Maeve show up and what will her purpose be in all this? Does Bernard have a deeper role to play?

Here is a “Behind the Scenes” of episode 5  & a Promo clip for Episode 6 of Westworld.

How will the world end up after these three episodes? Found out on Westworld, Sunday nights at 9:00pm ET on HBO.