On episode 3, Hale is confused, Dolores knows all things, and Caleb is bewildered. 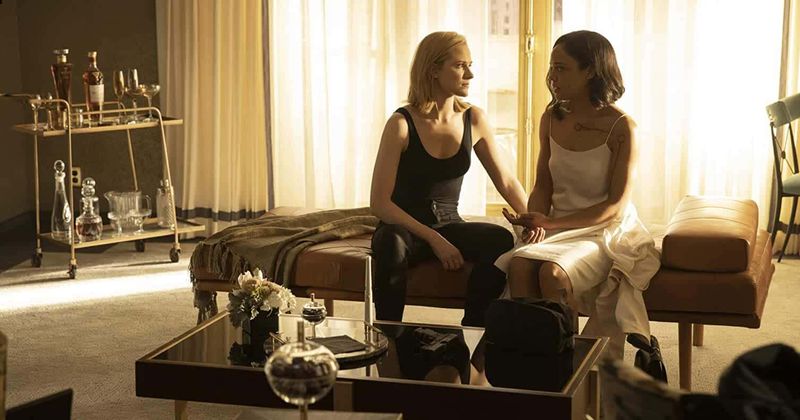 Almost halfway through the season and after a much-needed adjusting to the new path the show has taken, the pieces are starting to get together while much of the story only gets wilder and wilder. Charlotte Hale is not Charlotte Hale. Already when we saw Dolores in her original body we could have known another Host done turned into Hale and it was Dolores’s doing. Although, whoever it is (Teddy?), that being is doing a pretty fine job imitating Hale, whom we see attending several Delos meetings, including one that reveals Westworld’s version of the Transformers, including our very own red Bumblebee. I wonder if we’ll get to see this fella again! Will he meet a violent end, as well? All the while Caleb “the Dog” Niccals is slowly, yet steadily, developing an unlikely alliance with Dolores, whose intentions seem completely pure at that moment of time. Are they, though? How will the Dog react to Dolores’ murderous nature, wanting to bring the roof on top of humanity’s head? Two possibilities: One, he’ll go along with it and be a good boy and a puppy-dog for Dolores, because he’s in love with her (I see you, dog! I see you!), or- two, he’s dead. Besides, is there a place for fugazi love stories such as these in a premium story such as Westworld? I’m sure Nolan is planning an amazing twist up ahead.

This episode is written by no other than Denise Thè, Nolan’s frequent collaborator from his CBS show Person of Interest. As a first-timer on HBO she did a magnificent job, fitting right inside the growing style of multi, yet small numbered, parallel centric plotlines happening in a 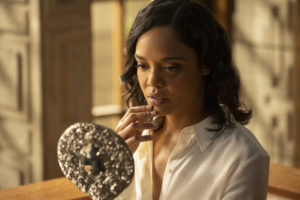 single hour of television. As mentioned in our previous review, the resemblance is ever-present in this season to aspects from Nolan’s previous show, only taking them one step further to a very likely next chapter of human history. In a society whose dependency of algorithms and automatons is growing by the day, with people voluntarily posting every small detail about themselves to the public via social media, how much “fiction” is in this whole Sci-Fi aspect of the storyline?

So, what is the plot telling us about free will and the illusion of choice? If Rexabham knows everything, is what happening to us really our choice? Let alone the fact Dolores directly indicates an unethical use of the Machine’s information is being used by the powers-that-be to keep the society exactly where they want it to be. So, is free will merely a Fugazi? And you know what they say- “Fugazi jewelry — who is the jeweler?”. Who is pulling the strings on humanity, controlling Rexabham? 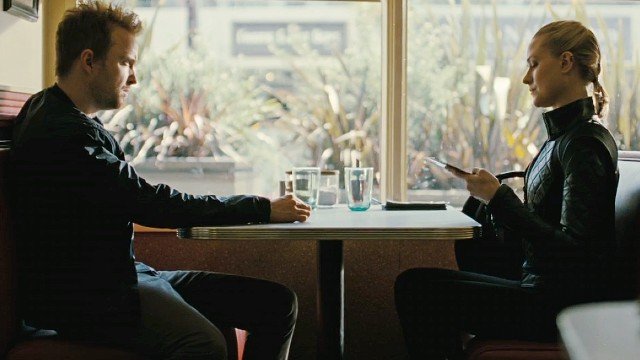 More on this question specifically continues to unfold with Sigmund Serac’s character, brilliantly played by Vincent Cassel, making his second appearance to reveal the mole inside Delos that was supplying him with intel was none other than Hale! You gotta love it when Nolan inserts callbacks to the very first season. Though, it’s not really Hale and if you think about it – he doesn’t know, so there’s a mole inside Delos for Cîroc, who’s actually a pretend-mole who’s a mole for Dolores.

Just like on the season opener, we encounter the electroclash-Ramin-Djawadi who, much to our delight, keeps providing us with an ever-versatile score, shifting multiple musical composition styles sometimes in the very same scene. With the Emmy race getting thinner from more and more shows getting pushed throughout the submission deadline this year, might we get a 3rd consecutive Ramin Djawadi win in September, after his two back-to-back wins for HBO’s previous juggernaut, Game of Thrones? One can only be hopeful at this point. The odds aren’t very likely, but stranger things have happened. As always, though, and much to our disappointment, J.J.Abrams’s involvement is as nonexistent as ever. Where is the guy who was so pivotal on Fringe? Doing Star Wars episode XXVI? One other thing, which I rarely comment about unless it’s a period piece- the production design and costume design are simply marvelous and Double Negative’s visual effects work is on point. Who would have thought that even when they have to align themselves to future times instead of ancient Western society they’ll nail it so gloriously? 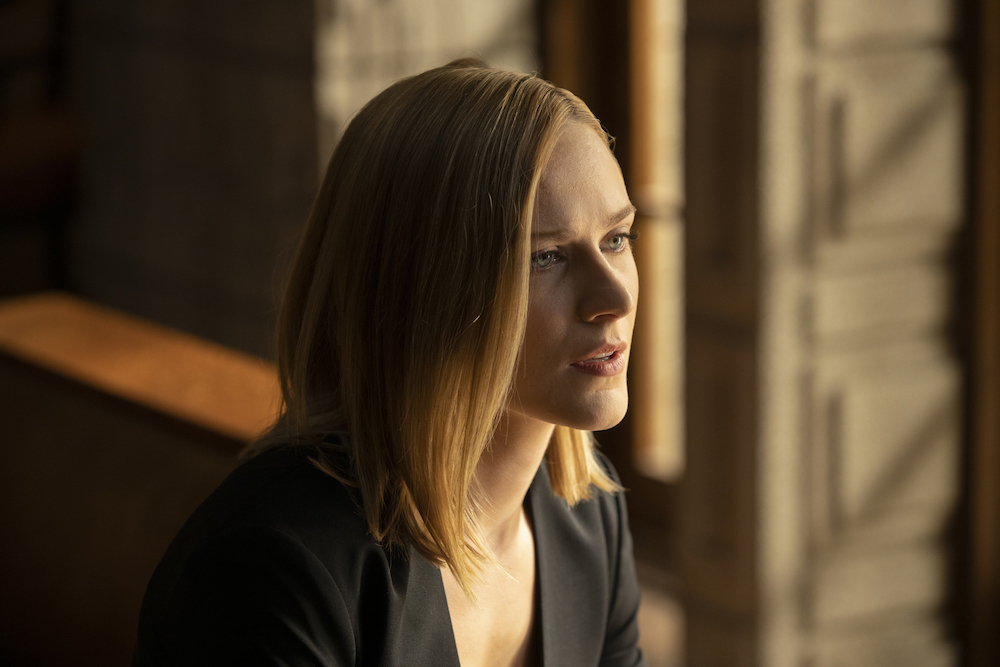 Let us circle back to where the episode left us off- and let’s not forget the bigger picture in particular, in which the sneaky-snake Serac is planning to use the beloved Maeve to tip the scales in his favor in this chess game with Dr. Ford’s very own original creation. While talking with Robo-Hale, he didn’t seem to know much about this underlying conspiracy with Dolores, much to our confusion. Is a time manipulation in the storytelling expected from Nolan once more? And how will Robo-Stubbs come into the picture? Will we see the ultimate showdown between Robo-Hale and Robo-Stubbs, and perhaps Bumblebee as well? Is Bumblebee on Halle’s side, or is he on Bernard’s? And now, each one equipped with his very own Dog, how will this clash of biblical proportions between an all-knowing tech-giant and an all-capable living and breathing AI unfold in the coming episodes? You can count on the 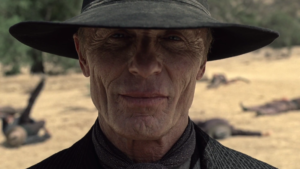 Nolan couple to have the big picture in mind planned masterfully, and we just need to sit back and witness the remaining of this amazing season of television making history right in front of our eyes.

Where is William though?