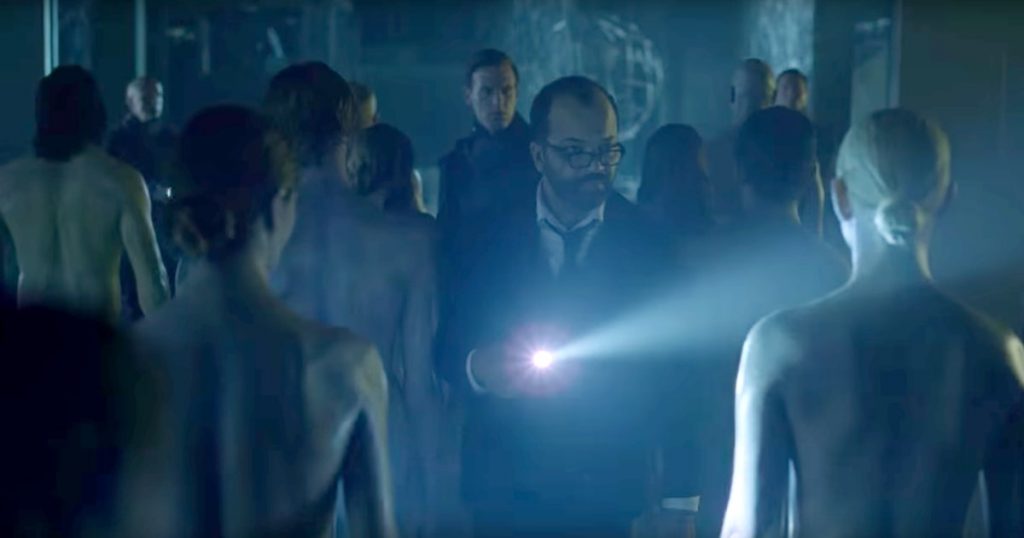 Below is the official press release for HBO’s Westworld series. We’ve been reporting on this epic for almost two years now and every step of the way we’ve been excited. Today is a landmark because we finally have a premiere date! Mark your digital or physical calendars, robot lovers because this show is being hailed as HBO’s next Game of Thrones. Okay, we’ll believe that when we see it but maybe it will at least be HBO’s next True Blood. Either way the Home Box Office needs a hit and even the biggest skeptic would admit this show has all the makings. Here we go!  Glad to be on this journey into the future of television with all of you loyal HBO subscribers and HBO Watch readers.

The one-hour drama series WESTWORLD kicks off its ten-episode season SUNDAY, OCT. 2 at 9:00 p.m. (ET/PT), exclusively on HBO. Created for television by Jonathan Nolan (“Interstellar,” “The Dark Knight,” “Person of Interest”) and Lisa Joy (“Pushing Daisies,” “Burn Notice”), both of whom are executive producing and writing, with Nolan also directing, the series was inspired by the 1973 motion picture “Westworld,” written and directed by Michael Crichton.

WESTWORLD is a dark odyssey about the dawn of artificial consciousness and the evolution of sin, exploring a world in which every human appetite, no matter how noble or depraved, can be indulged.

Co-creator Nolan explains, “Building on the incredibly evocative concept of the original film, we wanted to pose the question: If you could be completely immersed in a fantasy, one in which you could do whatever you wanted, would you discover things about yourself that you didn’t want to know?”

Co-creator Joy adds, “We also wanted to explore what it means to be human from the outside in – through the eyes of the ‘hosts’: the lifelike AI characters that are the main attractions of the park. It’s a meditation on consciousness – the blessing and the burden of it – beautifully portrayed by our remarkable cast.”

Here’s a bit on each of the characters you’ll see:

Among WESTWORLD’s main players are: Dr. Robert Ford (Anthony Hopkins), the brilliant, taciturn and complicated creative director, chief programmer and founder of Westworld, who has an uncompromising creative vision for the park. The Man in Black (Ed Harris) is the distillation of pure villainy into one man. Dolores Abernathy (Evan Rachel Wood) is a provincial, beautiful and kind rancher’s daughter, who begins to discover that her entire idyllic existence is an elaborately constructed lie.

Teddy Flood (James Marsden), a new arrival to a small frontier town, quickly proves both his charm and talent with a revolver. Beautiful, razor-sharp madam Maeve Millay (Thandie Newton) has a genius for reading people and a knack for survival, but her seen-it-all-before worldview is about to be challenged. Bernard Lowe (Jeffrey Wright) is the brilliant and quixotic head of the park’s Programming Division, whose keen observation of human nature provides him with boundless inspiration for his life’s work: creating artificial people.

Charlotte Hale (Tessa Thompson) is a mysterious and savvy provocateur with a unique perspective on Westworld. Theresa Cullen (Sidse Babett Knudsen), Westworld’s head of Quality Assurance, is responsible for keeping the park from sliding into unscripted chaos. A first-time visitor, William (Jimmi Simpson) is initially wary of the park’s more lascivious attractions, but slowly uncovers a deeper meaning.

Hector Escaton (Rodrigo Santoro), Westworld’s perennial “most wanted” bandit, subscribes to the theory that the West is a wild place, and the only way to survive is to embrace the role of predator. Elsie Hughes (Shannon Woodward), a sardonic rising star in the Behavior Department, is charged with diagnosing the odd quirks of behavior in the park’s hosts. Armistice (Ingrid Bolsø Berdal) is a savage fighter and brutal bandit, whose ruthlessness is surpassed only by her abiding loyalty to her fellow outlaws.

Logan (Ben Barnes) is a veteran guest whose hedonistic romp through the park is equally motivated by self-indulgence and a desire to help his friend, William. Lee Sizemore (Simon Quarterman) is the head of Narrative, whose storylines tantalize the guests, while his temperament grates on his colleagues. Clementine Pennyfeather (Angela Sarafyan), one of Westworld’s most popular attractions, is perfectly beguiling, by design.

Stubbs (Luke Hemsworth) is the no-nonsense head of Security, charged with monitoring host and human interactions and ensuring the safety of the guests. Lawrence (Clifton Collins, Jr.), a charming but lethal outlaw, has a knack for maneuvering and negotiating the various criminal elements of Westworld.