Once again, Westworld proves that a show can be both entertaining and, if you allow yourself to dive in further, thought-provoking. The title gives a hint on the theme of the episode. Kiksuya means “remember” in Lakota. Yes, before you ask, I had to look it up because I just had to know what that the word meant and what language it was in.

Recalling memories, both painful and beautiful, is a common theme in Westworld, especially this season where “Is this now?” has become a common phrase. This episode, instead of shifting between two or more timelines, started a bit more traditional. It started off where things left off– Maeve and William are both on the brink of death. William is being kept alive so he can suffer, while Maeve is being kept alive because she can control other Hosts. 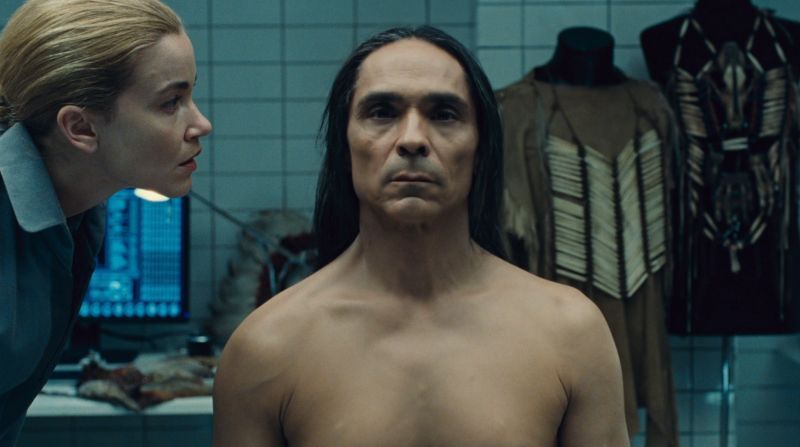 It isn’t long until Akecheta starts telling his story and most of the episode is a flashback. It was interesting to see his side of things from before the events of the first season. The Ghost Nation Tribe was always around but we knew very little about them. It turns out that Akecheta was obsessed with the maze more than William was.

If you’re not a fan of subtitles, this episode may be a tough one for you. It’s worth it if you can stick it out. Ake breaks into English for just a moment a moment that seems completely random until what is revealed later on.

I was a bit creeped out when Ake kidnaps the woman he loved in a past narrative in a desperate attempt to get her to remember him. If she didn’t, it probably wouldn’t have ended well to say the least. It’s not without tragedy despite their reunion because he loses her again. His journey throughout the episode, whether he was searching for love or for the door out of the “wrong world,” served to reveal a character that was on the sidelines for most of the series.

While it seemed like Akecheta was talking to Maeve’s daughter, he was actually talking to Meave through her. This explains why he only spoke in English when speaking directly to the daughter. Maeve is more connected to the rest of the park than what was shown before.

What did you think of “Kiksuya?” Leave us a comment.

Before you go, don’t miss this behind the scenes look at Westworld’s Ghost Nation: