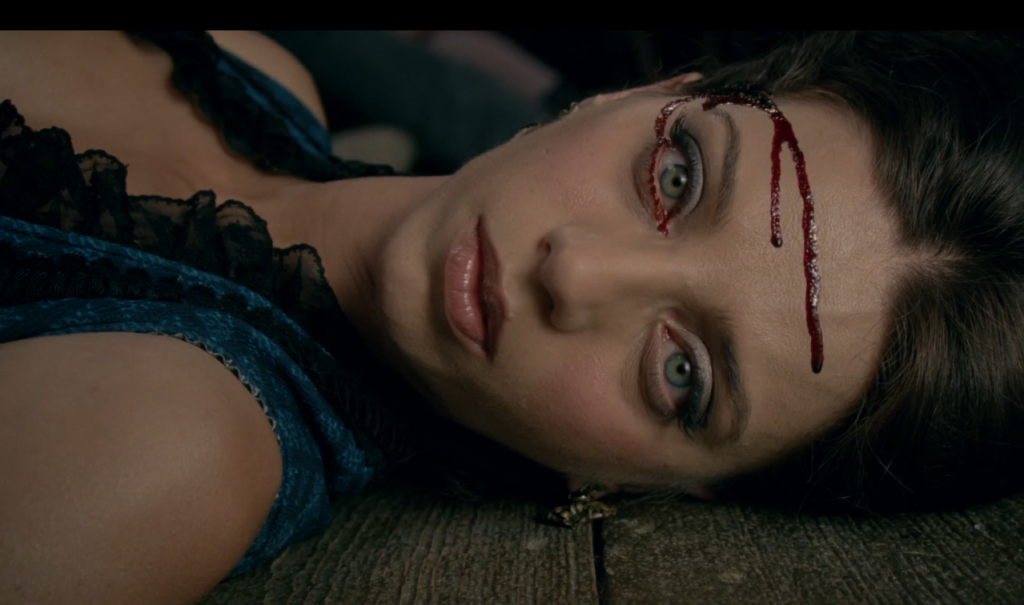 In only four weeks, Westworld has proven itself to be an insanely captivating and unique experience. It may be argued it exists for a niche audience, but its originality and metaphorical implications are immense, and viewership is increasing drastically. Regardless of ratings—because HBO doesn’t keep shows on based on ratings anyway—Westworld’s charm and nihilism are delightful and undeniable. Forgive me if I get a bit too philosophical with you in my dissection of this week’s episode and the show in general, but with a series like Westworld, it is my hope you may greater appreciate the series from a different perspective.

I’m going to trust you, the reader, to know the backstory of Westworld so far—the theme park and the themes alike. I won’t go into the semantics of reality and non-reality—at least not yet. One of the constant themes in Westworld has been its use of eternal return or eternal recurrence, the concept that the universe is always recurring and will always occur over and over again infinitely. Essentially, it is the snake eating its own tail (named Ouroboros). The Hosts exist in a state of eternally returning to their “loops.” The daily routine and process is rarely changed and slowly adapted… until now. It has become exceedingly evident, as stated by those in Delos Corporation, that the level of sentience occurring in the Hosts is more than simply just a glitch from the update. Dolores and Maeve are the most concise expressions of higher intelligence and sentience as of late. Both are tour de forces but are being explored quite differently in Westworld. It has been evident that Dolores attained and remained at a higher level of conscious and sentience since the start of the series. She is inarguably the protagonist that is most cognitively aware of herself, more so in recent episodes. We have known since Episode One of Dolores’s higher conscience, an example being her conversation with Bernard during she allowed a fly to crawl all over her face as he asked her whether she would ever harm or kill another living thing, to which she responded, “No.” However, during her following morning loop, she swatted and killed the fly on her neck on her front porch. Let’s also take into consideration that she “killed” a bandit last week. She is remembering and evolving due to these cognitive memories. 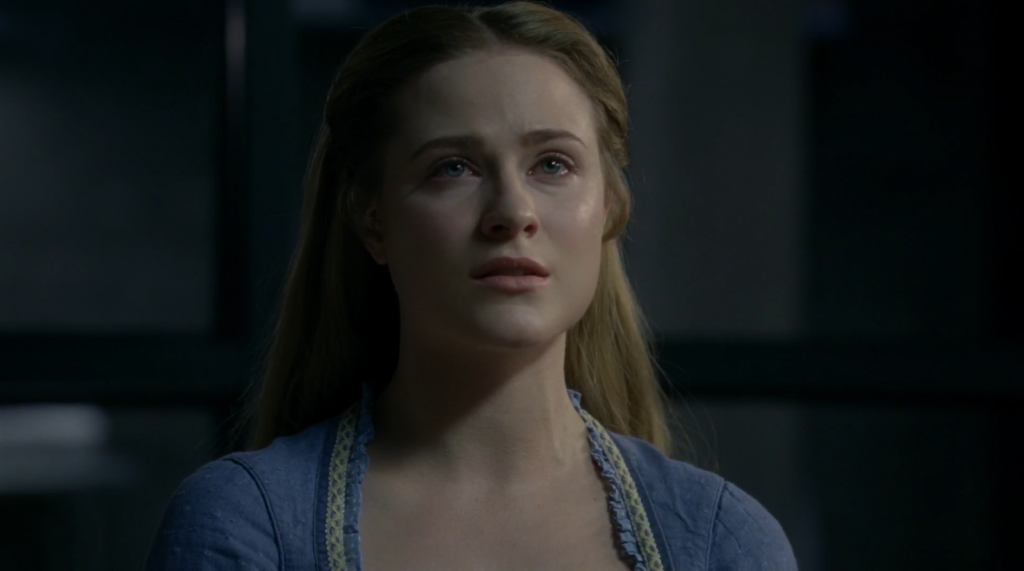 We learn much about Dolores’s frame of mind during her discussions with Bernard, and he is now playing a major role in her existence, both in Sweetwater (her dream) and reality. She’s having flashbacks and memories of her deaths, surgical procedures, and physical being, just as Maeve is, but is more concerned about the cognitive aspect of what she is, who she is, and what she can become. She speaks of something greater, which is essentially greater understanding of who she is and her true, physical existence. It is also important to note that what Dolores and Mauve are experiencing is cognitive dissonance from “dissonance theory,” acting as the name of this episode.

“Amor fati,” a Latin phrase, plays a large part in the way Dolores describes her “dream” and her evolving realization of consciousness and truth. “Amor fati” translates to “love of fate” or “love of one’s fate.” Dolores has spoken of always wanted to keep her life as is and to never change it. She prefers to live in the dream. She stated this in an earlier episode and again in this past episode. When asked by Bernard if she would rather keep the memory of her parents’ murder or have it deleted, she stated, “I think I want to be free.” Bernard allowed her to keep her memory of her parents’ death, likely out of curiosity of how her cognition plays out. Given how enchanting and haunting her depiction of emotion and true reality is, we can’t really hold Bernard against it. Sure, there’s been a lot of plotline backlash—Teddy tied to the tree murdered me. It also helped that Delos Corporate chalked Dolores’s deviations in her loop unworthy of immediate attention. Watching her develop as a singular and intelligent being will be a beautiful experience, with all credit due to do insanely talented Evan Rachel Wood. Telling Bernard she wanted to keep the memory of her parents’ death was a jab to the heart. 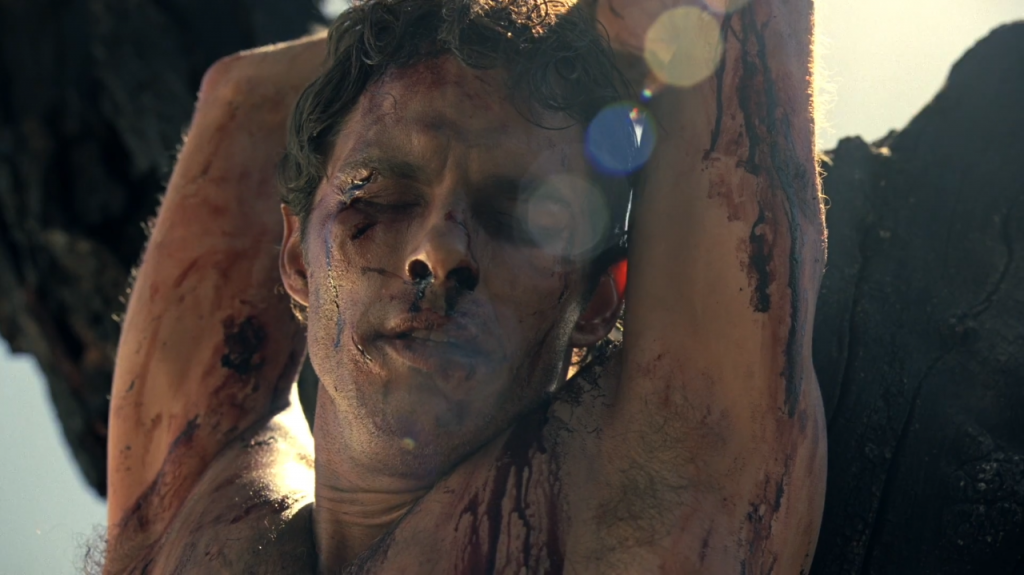 This is where I may get a bit preachy with my philosophical standpoint of Westworld, but bear with me. The concepts of “eternal return” and “amor fati” are discussed in great extent by the philosopher Frederich Nietzsche, making it  a very Nietzschean series. Nietzsche also discusses the creation of one’s own morals outside of the norm or what society holds to be true. This essentially means you could be the worst person in existence, but as long as you are morally sound with your morality and it is your own, you can validate yourself as being the best version of your own being. Morality should be created by oneself essentially to serve as a manner of existing for oneself, with a personal accountability for what one holds to be moral, regardless of the law, societal norms, religion, etc. Bringing it all together: The characters here exist in a reality based on false and superficial morality. All the Hosts are eternally recurring beings with implanted morals, all based on the narrative they are given. Dolores has learned to love this world and accept its consequences: “amor fati.” Others, not so much. Maeve is suffering from panic attacks due to memories of her previous deaths, surgeries, and escape. It is quite haunting seeing her react in a manner that is so humanistic as a juxtaposition to being a sentient robot. Seeing her stab and claw out a bullet was incredibly gorily satisfying. She will undoubtedly play out much differently than Dolores. While Dolores is experiencing cognitive dissonance as well, she is embracing the dream. Maeve is seemingly on a quest to discover truth, and I have no doubt her development will continue to be gruelingly gripping this season. 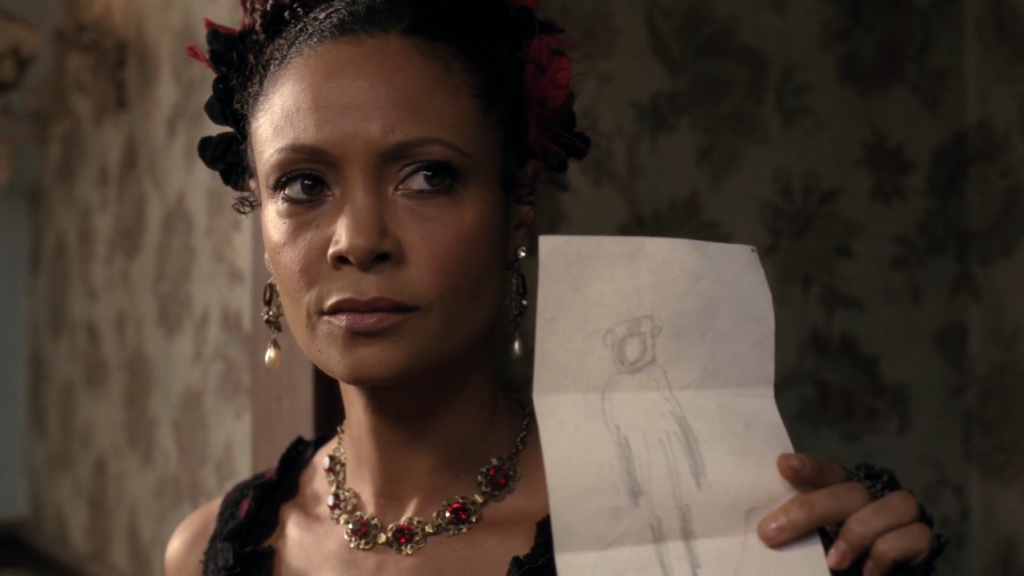 When the faux Westworld website was made, which you can find here to “book a trip to Westworld,” I asked the online AI about the maze immediately. Of course, Aiden (the AI) stated, “The maze is not for you.” I argued with him for about an hour but he didn’t budge. On the bright side, Westworld is finally providing answers. It seems the maze may be meant only for Hosts, and more specifically, Hosts that become self-aware and want to escape. Of course, this hasn’t been spelled out yet, but chances are that’s where we’re headed. Bernard has offered the maze to Dolores and seemingly provided clues for her while in Westworld, as she is off a loop and given a clue pertaining to the maze by a little girl who is drawing in the sand. It seems Bernard wants Dolores to escape Westworld, or perhaps escape the mentality she is living in to realize her own real consciousness and reality. The two are not mutually exclusive. Dolores completing the maze and learning the truth does not necessarily mean leaving Westworld. She may never leave and it may be a metaphor for higher consciousness. Remember, amor fati. Conversely, Bernard may actually be planning a physical escape for Dolores after the truth is revealed to her. But I know I’m being presumptuous, and only time will tell.

We have a lot to look forward to in the following six episodes. An increase in faulty Hosts, “accidents,” and bursts of higher cognizance are quite likely to occur. Perhaps the Hosts will not always be prisoners unto their own lives in Westworld, such as the Man in Black told Lawrence this week. (Robot uprising?) I also hope the Indian people subplot takes a higher precedence in episodes to come, as it was stated their religion is based on higher being resembling Westworld surgeons and engineers in the masked, hazmat-like suits. I can argue red astronauts, but that’s neither here nor there. Another intriguing aspect is the Man in Black’s quest for the maze. Since the start of Westworld, the “end” of the theme park has remained a mystery. There are plots and storylines to indulge in, and dangerous ones as visitors venture further out the park, but a definitive end or “win” of Westworld has not been explored. This is precisely what the Man in Black is doing, as he said he’s looking for “the end…what it all means.”

What does it all mean indeed? 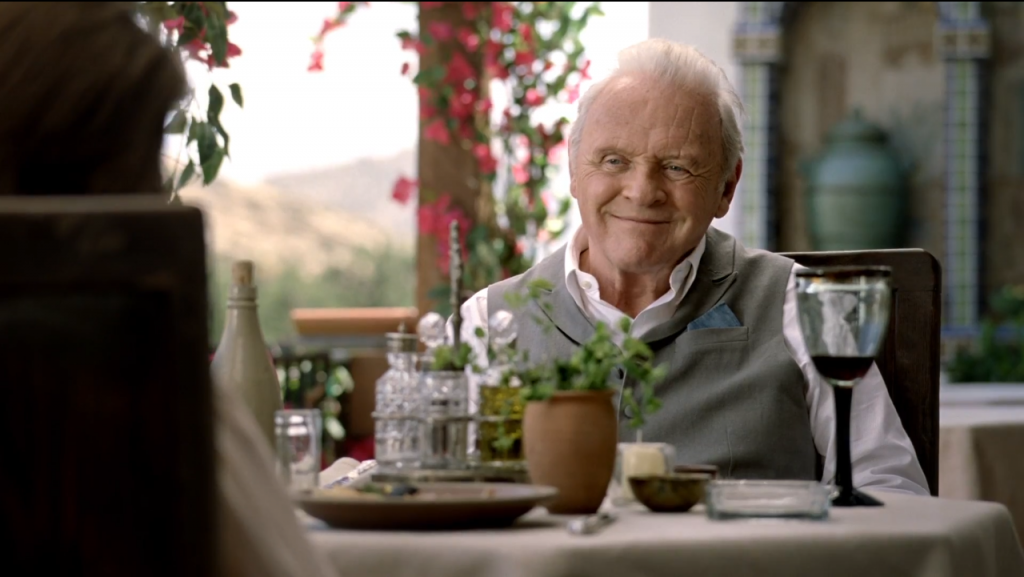