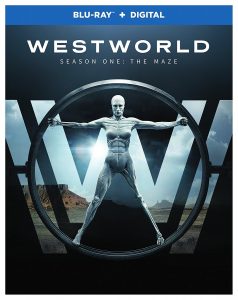 Westworld may have come as a surprise to some viewers but HBO loyalists knew it was going to be a smash hit. With the acting talent and the mass of additional talent behind the cameras, Westworld is getting critical acclaim and has converted millions of fans. This is one of those series’ that you’ll want to watch on Blu-Ray in 4K due to the effects and soundscape. Check out the latest release dates for Westworld on Blu-Ray, DVD and in 4K below. Visit the links below for purchasing options.

We’ll update this Westworld Blu-Ray and DVD release schedule as we get more information. Leave a comment below if you just can’t help but get excited for these discs!