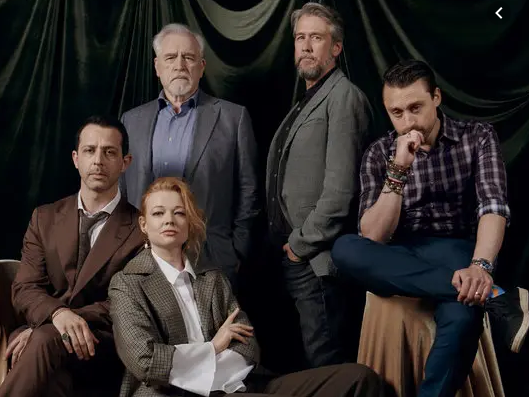 To help us launch and get into the scheming & screaming that is ahead on Sundays in August, September and into October HBO has offered a few videos.

There are quite a few players in the chess game that is Waystar Royco and in the Roy family. Here is a Character-By-Character look at the major players.

First is the patriarch Logan, followed by Kendall, Roma, Shiv (the three younger siblings and Connor (eldest son from a previous marriage. We also include Greg (Logan’s grandnephew) and Tom (Shiv’s newlywed husband).

One of my favorite types of video clips that HBO offers is what they call “An Invitation To The Set.” Not only do you get to see some behind-the-scenes footage but you get to see actors in their downtime getting to talk about their characters. You can get some really detailed peeks at the characters as each actor discusses the mannerisms, motivations and mechanics of where the characters are in the storyline and just what the actors think of the character they personify. Here is that video.

With that, you should be ready for the first episode entitled “The Summer Palace” Sunday night at 9:00pm ET and repeating again at 10:00pm ET. In the episode, Kendall (Jeremy Strong) tries to make amends with his dad for his takeover attempt betrayal. Logan (Brian Cox) receives some unvarnished advice from his financial banker about the next best move for Waystar Royco. As Tom (Matthew Macfadyen) maneuvers for a new position in the company, Shiv (Sarah Snook) tries to determine whether Logan is playing mind games regarding his successor. Written by Jesse Armstrong; directed by Mark Mylod.

Check back with us each week for a review and to comment. Enjoy SUCCESSION Season Two.