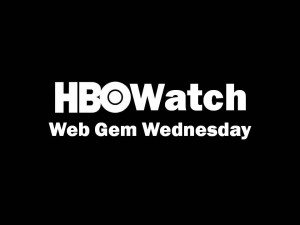 Web Gems is intended to give you an entertaining, and hopfeully humorous, look at your favorite HBO shows and the actors that make them great. After all, these people aren’t just the characters they play; they are real people, with real interests. They do stupid and rather embarrassing things just like everyone else. But also show us just how awesome they really are. My plan is to bring you a collection of videos, pictures, tweets, and fan creations that I have found while surfing this thing we call the internet. Various sources have been used, multiple avenues explored, and everything is HBO related.

Any thoughts about this post can be shared in the comments below. Any ideas, pics, tweets, or videos you want added can be sent to Charlie@HBOWatch.com.

Game of Thrones may be over, but the party never stops here at HBOWatch! Here are a few gems that are a nice homage to the epic journey that was Season Two.

Fan Rendition of the Game of Thrones Opener

I’ve seen a lot a fan-inspired cover versions of the opening sequence. However, this one may be my favorite so far. The piano playing is actually quite beautiful.

Or, maybe a Metal versions is your thing. This guy can obviously shred but holds back a bit in this video. I love his confident head nod at the end. He knows he’s good! Rock on, bro!

Ser Ilyn is a Rockstar in the UK

All I know is that I want his name taken off of Arya’s list after seeing this video.

Speaking of Ser Ilyn…did anyone see this resemblance while watching him in “Blackwater”? 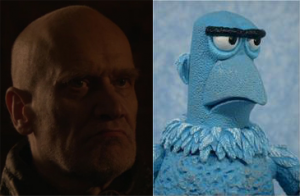 Thanks to guys over at winteriscoming.net for posting a link for this video on Twitter. All the deaths from Season Two set to Louis Armstrong. Does it get in any better?

One of the Best Maps of Westeros I’ve Seen

If any of you find it a daunting task to understand the various fictional locales in Game of Thrones, this map should definitely help. 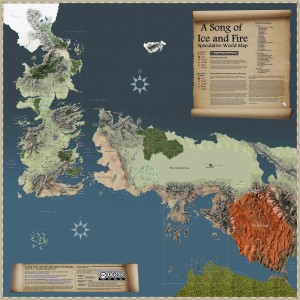 One of the Worst Bootleg Covers I’ve Seen

They do realize Sean Bean is no longer apart of the show, right? And that it’s Game of Thrones..Not Thor! 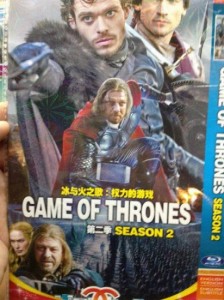 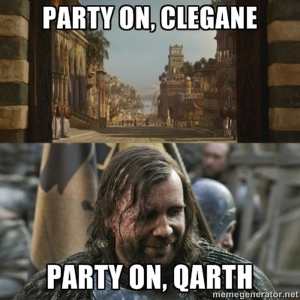 I saw George R.R. Martin’s newest novel on sale today. I’m not sure that I like the title though. 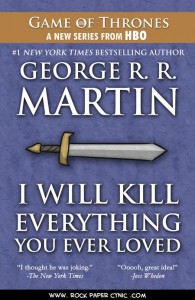 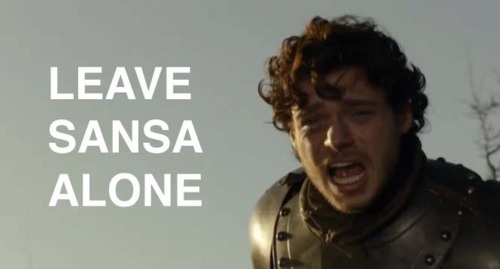 Poor, Sam. Why does he have to be asked the one question that gets everyone angry?