We’ve mentioned this title to you already but upon its premiere MONDAY, SEPTEMBER 14 @ 10:00pm, we wanted to make sure you considered watching WE ARE WHO WE ARE because of the crisp & impactful style of international film maker Luca Guadagnino. He is a director, screenwriter and producer known for his visually arresting style and his affecting psychological portraits.

This Academy Award-nominated auteur brings his unique cinematic style to television for the first time with this eight-episode series. He seems to simply state here that we are who we are so, embrace your being and the life given and let both the sweet and the rough things of life come as they may. It is worth repeating again that this story is about two American kids who live on a U.S. military base in Italy. The series explores friendship, first-love, identity, and immerses the audience in all the messy exhilaration and anguish of being a teenager – a story that could happen anywhere in the world, but in this case, happens in this little slice of America in Italy. WE ARE WHO WE ARE is not a idyllic look at teenage love for a bolder statement than that is behind it all and, perhps, woth exploring. Think of it as an Internationql EUPHORIA.

We have already looked at the cast & their characters in a previous post, but now we can offer an idea of plot with newly presented episode breakdowns for the first three installments. 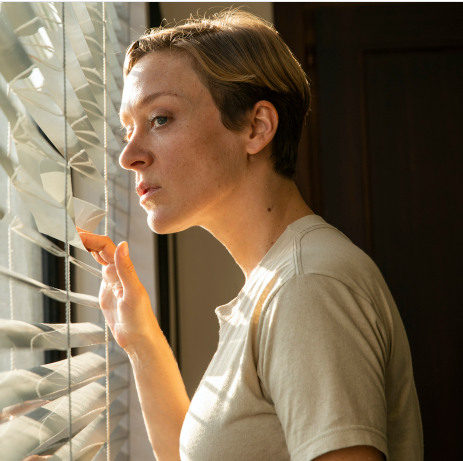 When Sarah Wilson (Chloë Sevigny) is named the new commander of a difficult military unit in Chioggia, Italy, she uproots her wife Maggie (Alice Braga) and teenage son Fraser (Jack Dylan Grazer) from their lives in New York City to start a new chapter in this unfamiliar seaside town. While Sarah contends with her new position and Maggie resumes her work at the army’s clinic, Fraser longs for Mark, a friend he left behind in New York, and seems uninterested in connecting with the other teenagers on base – until he meets Caitlin (Jordan Kristine Seamón). Written by Luca Guadagnino, Paolo Giordano, and Francesca Manieri; directed by Luca Guadagnino.

The arrival of Caitlin’s (Jordan Kristine Seamón) period accelerates her secret desire to experiment with her gender expression – and to flirt with girls, test boundaries with her boyfriend Sam (Ben Taylor), and spar with her father Richard (Scott Mescudi). As she and her brother Danny (Spence Moore II) continue to clash with their mother Jenny (Faith Alabi), Caitlin’s relationships with her both her dad and Danny’s best friend Craig (Corey Knight) deepen. Later, Fraser (Jack Dylan Grazer) discovers Caitlin’s secret, which forever changes the nature of their relationship. Written by Luca Guadagnino, Paolo Giordano, and Francesca Manieri; directed by Luca Guadagnino.

A fracture begins to form within the friend group following Caitlin (Jordan Kristine Seamón) and Sam’s (Ben Taylor) breakup. While Sam turns to the open arms of Britney (Francesca Scorsese), Caitlin is judged for spending more time with Fraser (Jack Dylan Grazer). Later, Maggie (Alice Braga) attends the Chioggia Festival with the neighborhood women and finds an unexpected companion in Jenny (Faith Alabi). Meanwhile, the progress Colonel Wilson (Chloë Sevigny) has made in her new role is derailed when she decides to deploy her troops early – and her complex relationship with Fraser is rattled when his crush becomes her only ally. Written by Luca Guadagnino, Paolo Giordano, and Francesca Manieri; directed by Luca Guadagnino.

Don’t miss WE ARE WHO WE ARE.