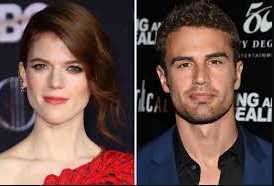 We almost forgot about this one. We reported about it back in 2018 and now it appears to be moving forward in time. This post focuses on who has nabbed the lead roles. You may recognize them. They are Theo James and Rose Leslie.

The story they are involved in, based on Audrey Niffenegger’s novel of the same name, is described as an intricate and magical love story that tells the story of Clare (Leslie) and Henry (James), and a marriage with a problem. It appears, due to a genetic disorder, that he keeps checking out to time travel. Now, you may 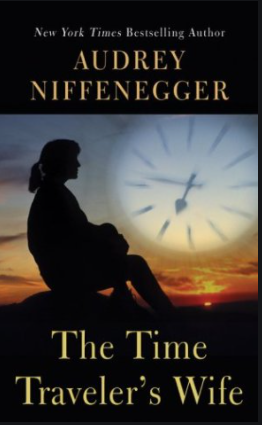 recognize her from Downton Abbey or from HBO’s GAME OF THRONES. She played Ygritte, the Wildling woman who eventually fell in love with Jon Snow and ended her life dying in his arms at the battle at Castle Black. Ms. Leslie went on to marry Kit Harington in 2018.

Her role in Steven Moffat’s telling of THE TIME TRAVELER’S WIFE is described as fiery, clever, and unstoppable — and for most of her life, she’s had an amazing secret. Since she was 6, she has had an imaginary friend: a kind and funny man, sometimes old, sometimes young, who appears in the woods behind her house and tells her tales of the future. Visits from the mysterious Henry are the bright spots in the tedium of her childhood. As the years pass, and she grows into a beautiful young woman, she starts to realize her friend is not imaginary — he’s a time traveler, visiting from the future. And he’s not just from any old future — he’s from her future. Clare has a literal date with destiny. One day she’s going to meet a young man called Henry DeTamble — whom she’ll know very well but who won’t recognize her at all — and she will become the time traveler’s wife.

In the role of Henry then is James. He had a bit role in Downton Abbey where perhaps he spent time with Rose Leslie. The roles since then have included film work in the Divergent and Underworld franchises, London Fields and  Archive plus, TV’s Sanditon. His current character has been a time traveler since he was 8. It’s not a superpower, it’s a condition — he can’t help it. Sometimes, when Henry is stressed or worried — and sometimes for no reason at all — he loses his grip on the current moment and falls naked into the past or the future. One minute he’s making breakfast, the next he’s naked at a hoedown in 1973. He can be stuck there for minutes or months, he never knows. His life is a roller coaster of constant danger and white-knuckle survival. Until one day he meets a beautiful redhead in the library where he works. Her name is Clare Abshire and though he’s never seen her before, she claims to have known him all her life. Finally, his curse has given him something good — and Clare and Henry are about to have the time of their lives.

Perhaps in his downtime in 2020 Moffat has been able to write & refine a script and the series can get in front of cameras soon. We will keep you posted.