We just reported not too long ago that the comedy-horror series THE BABY was in development and it must be moving along nicely as a director has taken the helm. Nicole Kassell (pictured), the award-winning director and executive producer for HBO’s WATCHMEN, is now behind the camera. 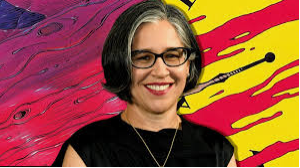 She directed WATCHMEN episodes #1, #2 and #8 and also directed for HBO’s WESTWORLD, VINYL and THE LEFTOVERS. So, she is pretty comfortable with HBO standards I’d say, and will serve THE BABY well. Kassell will also serve as an executive producer on the series, which marks a debut for screenwriter Siân Robins-Grace, who is the co-executive producer on Charlie Covell’s upcoming Netflix series Kaos and helped developed Sex Education for the streamer. Lucy Gaymer is the co-creator and her company Proverbial Pictures co-produces.

Kassell said: “I read Sian’s brilliant script early in lockdown, and it cut straight through the noise and anxiety of our times, to take me on a wild, zany ride with wonderfully complex women grappling with the toughest of decisions any of us are lucky enough to make – to have or not have a child.”

Now, HBO has dabbled in horror before. Think back to TALES FROM THE CRYPT for the last dose of campy horror offered and there has been some HBO International content that aired more grisly fare, but THE BABY is more of a comedic, satirical spin on the genre, all centered around an infant of indetermined evil, at this early stage, that turns new mother Natasha’s life into a horror show. The assembled staff look like they’ve got an interesting premise to work with.

Simply put, THE BABY is in good hands. We will keep an eye on this one.