TICK…TOCK…No pulling punches here; We have been waiting for the news of when WATCHMEN was going to debut and now, we know. First, we learned the show was coming in the Fall of this year and then, as the clock kept slowly ticking, as it were, we were told October. Now, we get the date for sure – 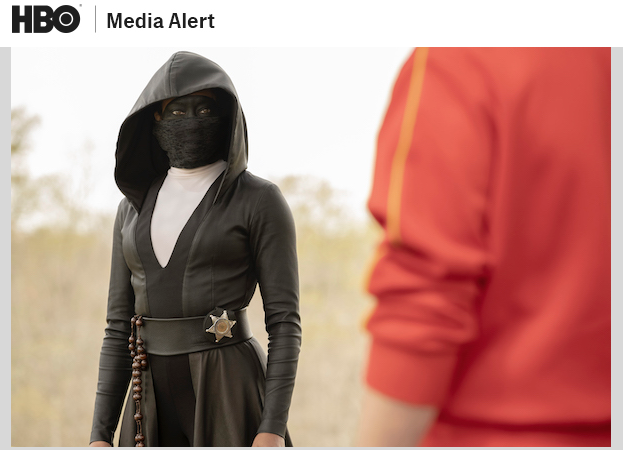 So, just how eager are you to get caught up in the series? HBOWatch has kept a track of WATCHMEN since we first learned of it way back in October of 2015. We’ve since learned of directors, composers and cast. Plus, we had a couple of video clips but now we are fast approaching the debut. Once again, here is the trailer that launched at this year’s San Diego Comic-Con; hopefully HBO will have one more big trailer before the premiere.

The clock is ticking and the excitement builds. In a Post-GOT world, HBO is out to build new ones. Lately, we’ve traveled to real-world places but with WATCHMEN we will take off on an alternative timeline. It is America but it is skewed a bit differently than the U. S. A. we know. If you’ve read the source material you know sort of where we are headed, but if you haven’t, then be prepared for an odd awakening into an off-beat take on society as we know it.  We are getting close…and a distinct sound is getting louder. What does it mean? Why won’t it stop? Hah, it won’t for a while…TICK TOCK!