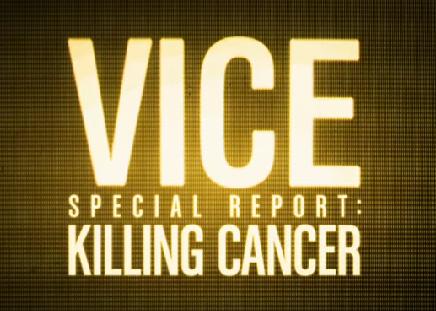 Overview: VICE SPECIAL REPORT: KILLING CANCER goes inside the world’s most cutting-edge cancer research labs to follow the pioneering doctors and researchers who are changing the face of modern-day medicine and meet some of the cancer survivors who have already been saved by this revolutionary medical breakthrough. The exclusive in-depth special debuted FRIDAY, FEBRUARY. 27 at 10:00pm, one week before the Emmy-winning series kicks off its third season March 6.

In one of the most comprehensive reports on the subject to date, VICE explores groundbreaking new treatments to fight leukemia, glioblastoma and multiple myeloma. These therapies include: the use of HIV to transform a patient’s immune system into a cancer-killing machine; a genetically engineered cold virus injected into a living patient’s brain tumor; and millions of doses of measles infused into patients’ bloodstreams. Unlike modern treatments such as chemotherapy and radiation, which leave a poisonous trail of collateral damage in their wake, these viruses infect and kill cancer cells without harming healthy tissue.

The special also offers an exclusive look at real-life clinical trials and the brave patients who are putting their lives on the line to help advance the therapy. Finally, it tells the inspiring stories of the cancer survivors who have already been saved by this revolutionary medical breakthrough.

Expectations: VICE is returning to HBO in a big way in 2015. To launch off its new season, which HBOWatch will review weekly, VICE presents a special report on a “killer” topic. If you are familiar with the HBO incarnation of VICE you know that each installment presents two reports filed by two different correspondents and it is all contained in a half-hour program. “Killing Cancer” w 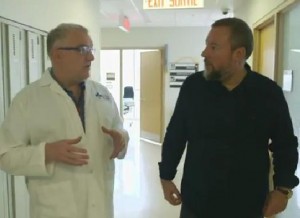 ill clock in at forty minutes so I don’t know if the segment was being prepared as a part of the regular upcoming season or not. It could have been, but when they looked at the content they came up with it was longer than a normal segment and they felt they couldn’t edit it down because it was too important a story, thus a VICE Special Report was born. In the end it doesn’t matter and maybe more special reports are in the offing.

VICE has talked about medical issues before, but by host Shane Smith’s admission it is a topic that only recently has gained more notice on the VICE site and in its magazine. I can think of two segment of the show in which a medical health issue was the focus. Both of them focused on alternative medical practices not endorsed by the U.S. medical professions. They both were in the First Season installment entitled “Addiction.”  The first segment, “Tobaccoland” with Thomas Morton showed how the Philippines swear by the notion that smoking tobacco is a healthy habit that cures many ills to the point of letting children of all ages smoke. The second part is “Underground Heroin Clinic” showing how the miracle drug Ibogaine can cure a heroin addiction, but is an illegal substance in America.

In both of those cases VICE went underground to seek out alternative methods from normal medical practice and showed the good and bad sides of those alternative choices. Now VICE uses the same tactics to again and they are seeking out the more radical treatments out there in the battle against Cancer. It will be interesting to see what they reveal This clip is a case in point.

Gut Reaction: First off, let me restate an important declaration – “the infectious agents that have killed us for thousands of years are now actually being used to save lives.” Deadly viral diseases are not just eradicating cancer in people but just might be the ultimate cure for cancer. I just wanted to make that clear.

This topic certainly would be a top topic to warrant a lengthier examination than the usual segments seen on the weekly series. With big sensationalistic statements like the one above, you tend to think VICE is hyping up its story to help market its brand. Once you watch the forty minute piece you learn that is not the case at all. These alternative medical treatments clearly look 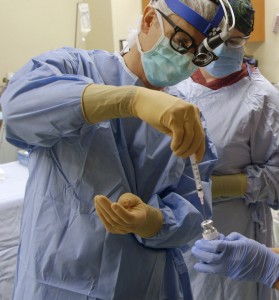 like they should become the mainstream treatments on the front lines of this battle. After all radiation and chemotherapy were once radical treatments that are the mainstream methods nowadays. The problem is cancer has grown more aggressive and new bold actions need to be taken.

In the report we see Troy and Daniel each take the Measles Treatment after the successful case of Stacey has proved that the virus can kill a cancer tumor. Then there is the Cold Virus treatment, a slightly different treatment process with this one as the virus needs directly injected into the tumor. We actually see that procedure done on Michael in the report. Lastly is the more controversial approach of the (HIV) T-Cell Therapy. It actually has proven 100% effective in its trials so far. There have been four patients and all four have cancer in remission or eradicated; including youngster Emily seen in the piece.

This is, of course, a certain progression those alternative choices must go through. The trial phase is where we are now. After that come peer review and universal adoption as viable practice and all that takes time and funding. Outlets like VICE are helping spread the findings and facts in order to have these options be front line defense towards the disease, as Shane Smith says “affects us all.”

Bonus: HBO has opened up this VICE Special Report for all to watch.  For any reason  if the video provided below becomes blocked please follow the link to YouTube so you can watch “Killing Cancer.”

At the above address you will find additional information including an opportunity to donate. From now until April 28, 2015 Shane Smith will match every donation (up to $500,000) made in the name of cancer research to the Mayo Clinic.

In Conclusion: This is not only a documentary worth seeing, but worth talking about. The doctors and researchers are positive that these new regiments will enable cancer to be cured within our life time – something we never thought we’d hear. As is VICE’s custom there is always some sort of Debrief.

This particular story is not complete unless you watch this clip which answers some key questions that clarifies a lot. So in conclusion here is Shane Smith. Peace.