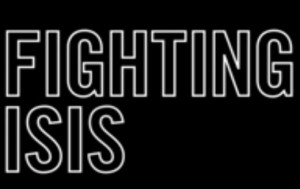 Overview: The invasion of Iraq was supposed to turn the country into a democracy that posed no threat to the United States, or to the rest of the world. Thirteen years later, Iraq has collapsed into warring states. A third of the country is controlled by ISIS, which has also taken huge amounts of territory in Syria. This exclusive HBO special, which debuted SUNDAY, JANUARY 31 follows journalist Ben Anderson as he embeds with Iraqi fighters battling the Islamic State. He gains access to the three front lines in Iraq, where Sunni, Shiite and Kurdish forces are fighting for their lives. Anderson also visits Russian military forces in Syria and meets captured ISIS fighters in Kurdistan.

The special features interviews with political insiders such as Ryan Crocker, the Bush-appointed former U.S. ambassador to Iraq, Ali Khedery, the longest continually serving U.S. official in Iraq, and Russian Prime Minister Dmitry Medvedev. Viewers will gain a deep first-hand understanding of the rise of this murderous group and what strategies exist to end its reign of terror.

Expectations: I’ll admit that for the majority of my news, especially international coverage I go to VICE. The media company, regardless of format, is used to boiling down the news accurately and succinctly in to the shortest amount of time required. I expect nothing less form this report. If you want a concise statement about ISIS I think we will find it here. The ‘Whys’ and ‘Hows’ will be to the point and through because Vice, and more specifically Ben Anderson, are willing to go into the thick of it and talk to the experts wherever they may be.

To me, that fact is what draws me to this reporting & this is what intrigues me about Ben Anderson. The Overview makes clear that he is willing to stare ISIS in the face and get to the facts of the matter. Here is the trailer.

Gut Reaction: In a quick 47 minutes this special sums up the volatile battle through Iraq, Iran and Syria. A lot of the imagery of demolished towns, traumatized and displaced people and militants shrouded in black is not new footage here; most of it or the likes of it have been seen before. Yet this report does stand out for two big reasons: Anderson’s whereabouts and the impact of the interviews.

Correspondent Ben Anderson, seen on the VICE series, is a brave war reporter who takes himself and his uncredited cameraperson to the front lines in the fight against ISIS. We are not the only ones fed up with the aggressive militant group and he does not only go to the front lines but does so during heated exchanges of weaponry. He ducks down, covers his head or gets to the bunker on more than one occasion on more than one front. This quickly draws us into the emergency of the situation along with the aid mapped graphics showing ISIS’ advances. It is volatile, dangerous and happening right now. Anderson, in this manner, has conveyed to us the military and political side of this battle better than any other reporting I have seen on the nightly news or anywhere. 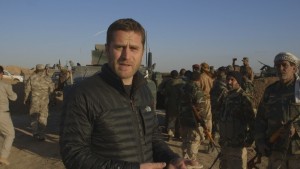 What also makes this special good is the interviews. Just look again at the beginning moments of that trailer. Anderson sits down with a captured ISIS militant and draws out of him the scary and relentless mindset, mission and fervor of the Islamic State and it is chilling to take in. There is also moments with a second prisoner. In just those short Q & A sessions we are made aware of the clear and present danger. The other interviews, though with experts on the matter, are not full of dry rhetoric but head the nail on the head of the tricky problem that the region is in the grip of and what continued dangers await the world.

They make us think. Have we every really put two and two together? Militant groups are trying to crush the largest, deadliest and most organized militant group of the region and regardless of the outcome, at the end of the day we still have a militant group in charge. The powder keg is a big one and the explosive trail as traveled far and going father out all the time, like to Paris France. Then add the shock of the realization that the existence of this current scenario is because of missteps America had a HUGE part in. ISIS is a force to be dealt with and one that will take a while to be brought to bay and we bettered the conditions for their actual uprising!

In Conclusion: If you never really put it all together and learned about ISIS this is a good film to achieve that end. If you are not one to read subtitles than it might be a bit rough for you as there are plenty popping up at the bottom of the screen, but it is a report worth watching regardless. As the title states this is a defensive situation, we are ‘fighting’ ISIS not ‘conquering’ or ‘beating back’ ISIS. It is a tough battle and one that deserves our understanding and our attention because ISIS is a threat to all. This report could very well leave you a bit worried about lies ahead. Sadly, it has to be war!

As always VICE offers up a Debrief which always sheds additional light to the issue at hand.

VICE Special Report: “Fighting Isis” is on the HBO channels plus appearing on HBONow/Go and On Demand. It serves as a prelude to the Emmy winning HBO series VICE which kicks off its 18-episode fourth season, on Friday, February 05 at 11:00pm. Peace