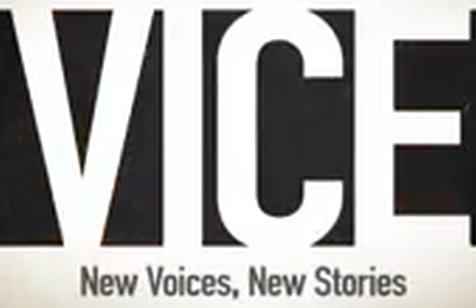 Overview:  On January, 01, 2014, the legalization of marijuana in the U. S. became a reality when Colorado lifted its prohibition on recreational marijuana use. Now, cannabis sellers in the state can sell from seed to smoke. While the experiment has ushered in a gold-rush mentality for local entrepreneurs, Mexican cartels are projected to lose billions of dollars in profits. VICE looks at the impa 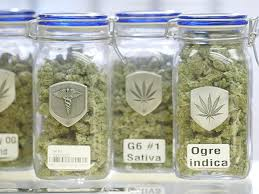 ct of this ever-growing trade on the local and national economy as businessmen and lawmakers try to capitalize on legal weed. If the nation goes the way of Colorado, American commerce and lifestyle will change forever.

Last season VICE followed the journeys of North Korean defectors who risked their lives daring to escape the Hermit Kingdom. This year we see that their hardships haven’t ended; instead of being welcomed with open arms in South Korea, defectors are now faced with deep suspicion and discrimination. Coming from a world of extreme poverty and strict military dictatorship, North Koreans now struggle to find jobs, make friends and find homes. VICE follows the paths of the defectors and their new lives in the highly modernized South Korea.

Expectations: The two topics in this installment fit right into the VICE mold. It was only a matter of time before the discussion of marijuana would surface; VICE has always had a finger on the pulse of drug culture. I am interested in seeing just what approach this episode will take. Like most news VICE usually stands neutral on an issue. Oh, on occasion a correspondent will express their opinion, but the whole report isn’t skewed by those thou 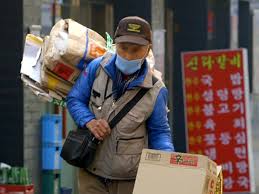 ghts. In fact, the strongest opinion I can cite I Shane Smith’s declaration that ‘global change’ is the largest crisis we face on this planet. Where will the assigned correspondent in this first segment stand on the case for pot? I wonder? I will soon get
my answer and give some clarification to my thoughts in a bit.

The second report, of course, is not the first foray into the bizarre realm of North Korea and its people. In Season One we had two different segments from that country. Episode 2 Bad Borders had Thomas Morton follow defectors along an Underground Railroad to freedom, as it were and who could forget the season finale, with Ryan Duffy, which took us to the Hermit Kingdom for some ‘basketball diplomacy.’ The continued adventures of defectors should add a great piece of the puzzle that is North Korea. It is time to watch VICE Season Two; Episode 6.

Gut Reactions:  Rocky Mountain High reported by correspondent David Choe. My overall interest in this piece is not so much news on the topic; I was already knowledgeable on the legalization issue. My interest lied more with what approach VICE and Mr. Choe were going to take with the story. I must apologize as my initial thought, based on my impression of who David Choe is as a person, was that the report would skew in favor of supporting the legalization of recreational use of marijuana. I was wrong. 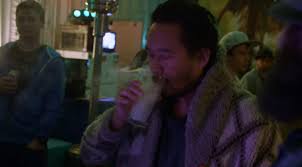 The piece, though it did not talk to any federal government employee or opponents of the Colorado declaration, was an unbiased look at the ramifications of the state’s decision. Mr. Choe upheld the VICE style of reporting by not embracing and glorifying the ‘pot head’ victory, but showed us the atmosphere and situation of growing, buying and enjoying cannabis and what it means for users, the economy and the country. The profit earned goes back into society in a positive way and cripples foreign drug cartels.

I loved the concluding notion that this segment left us with. VICE tells us in the intro each episode that the world is changing – to relate that more to home then you can say the United States is changing. The question though is it for the better or for the worse? WASP males are now a minority, same-sex marriage is a hot debate and so is the topic of this segment. How will it change America? Only time will tell and VICE has alerted us to look out for it. The times they are a changin’.

Note: All three of my sources, HBO, VICE or YouTube, do not have clips from this segment available to view so we are light on additional coverage. If you haven’t seen the installment yet or want a refresher then here is the official preview for the episode.

Note: I may have found the reason for YouTube being light on video content. A number of clips tout the complete episode though none are official releases. Each and every one has been blocked. Maybe, that is the reason for the overall absence. HBOGo does have a Rocky Mountain High Debrief but, of course, no content from that site is sharable. I can say that in it David Choe reaffirms that it is going to be a multi-billion business when all the side ventures grab hold of profit. Oh, and my embarrassing lame question of whether Choe was a ‘weed whore,” to use his term, was answered. He did not ingest any product except the swallow of smoke seen in the graphic above. If that Debrief becomes available to share I will get it up.

North Korean Defectors reported by correspondent Vikram Gandhi. It looks like North Koreans will never get a break. They are at such a 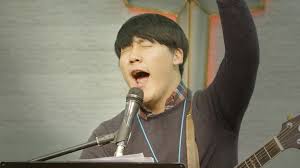 disadvantage and not just because of the stigma attached to them but because they are so culturally behind the modern world. It is a shame that the defectors, who are obviously clear of the brainwashing they were under and now trying anew, are distrusted and mistreated. Are they truly a burden to the modernized world? Are they truly just utilized as game show fodder? I found it an oddly sad piece but I thought that Vikram held the piece together with his reporting. This new life is still better than the old one isn’t it? It still proves that it is tough being on the outside no matter where you are.

In Conclusion: Very simply put, the two topics covered here are on he agenda for quite a while to come. The legalization of pot, as pointed out here in Rocky Mountain High , has just begun and we will surely see a state-by-state debate take place across the country and, at some point, the federal government will weigh in on the matter. We may all be toking on one real soon. North Korea isn’t going anywhere either, not even into the 21st century it seems. But, will there be a mass exodus someday? That will happen if the grass is truly greener on the other side. I’m sure we haven’t heard VICE’s last word on these matters.

You can find Episode 6 on HBOGo.  What is left is the Preview for Season 2; Episode 7. Peace.