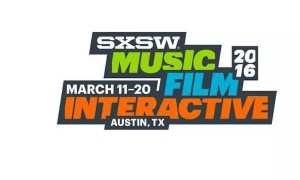 You all know what SXSW is, right? It stands for South By Southwest which is a 3-in-1 music, film and interactive media festival under one banner. It happens in Austin, Texas every year in March and can last for days. Tool about the festival’s website to see what going down in the heart of Texas. Trust me a lot is happening doing the nine day event from March 11 – 20, but we are, naturally, singling out the HBO content.

The new HBO series VICE PRINCIPALS and the new Robert Kirkman CINEMAX series OUTCAST will make their world premieres at panels of the 2016 SXSW Music, Film and Interactive Festival this March, while the panel for HBO’s SILICON VALLEY will spotlight the upcoming third season of the hit new comedy series.

For VICE PRINCIPALS, fans can follow @HBO and #VicePrincipals for updates.

For OUTCAST, fans can follow @OutcastCinemax and #Outcast for updates.

For SILICON VALLEY, fans can follow @SiliconHBO and #SiliconValley for updates.

Check out this press release:

Below is information on the panels: 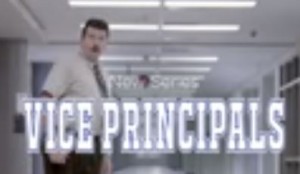 VICE PRINCIPALS, the upcoming HBO comedy series starring Danny McBride and Walton Goggins, will make its world premiere at the 2016 SXSW Festival. At 8:45 p.m. in the Alamo Ritz Theater 1, a screening of the first two episodes will be followed by a Q&A with the filmmakers and cast. On stage for the Q&A will be cast members Danny McBride, Walton Goggins and Kimberly Hébert Gregory, and executive producers Jody Hill and David Gordon Green. Created by Danny McBride and Jody Hill, who also created HBO’s “Eastbound & Down,” VICE PRINCIPALS is a dark comedy series that tells the story of a high school and the two people who almost run it, the vice principals. McBride and Goggins star as the rival administrators, who are in an epic power struggle, vying for the top spot: to be school principal. The half-hour show is slated for 18 episodes over two seasons.

SILICON VALLEY executive producers Mike Judge & Alec Berg join cast members Thomas Middleditch, Kumail Nanjiani, Martin Starr and Zach Woods for a discussion, “SILICON VALLEY: Making the World a Better Place.” The session will be in Room 18ABCD at the Austin Convention Center at 5:00 p.m. The Emmy winning and Golden Globe-nominated series takes a comic look at the modern-day epicenter of the high-tech gold rush, where the people most qualified to succeed are the least capable of handling success. The show returns for its third season April 24.

OUTCAST, the upcoming Robert Kirkman series based on the Skybound/Image comic, will make its world premiere. Following the screening at the Vimeo Theater at 1:15 p.m., a panel will be moderated by Kumail Nanjiani (HBO’s “Silicon Valley”). Panelists include: creator and executive producer Robert Kirkman, showrunner and executive producer Chris Black, cast member Patrick Fugit and pilot director Adam Wingard. OUTCAST follows Kyle Barnes (Fugit), a young man who has been plagued by demonic possession all his life. OUTCAST has been featured at both San Diego Comic-Con and New York Comic Con and is slated to debut this summer. The series is produced for CINEMAX by FOX International Studios (FIS). Additional executive producers include David Alpert, Sharon Tal Yguado and Sue Naegle.

So if you hit SXSW get a sneak preview of those three shows drop us a comment.